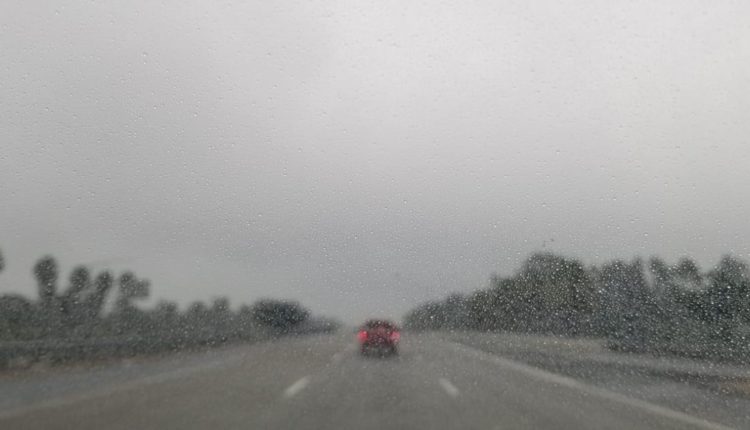 SAN DIEGO (KGTV) — Most of San Diego woke up to cool and cloudy conditions Saturday morning. There was even a bit of drizzle in some places.

San Diegans posted photos to our 10news Weather Watchers Facebook page of drizzle on windshields in Santee and La Mesa, as well as light morning rain in Vista.

“In August it’s very unusual to be able to get clouds this thick from a Pacific storm over San Diego,” Ivory Small, a scientist with the National Weather Service, said.

Despite the unusual conditions, people were still out and about enjoying the day.

However, Small said Saturday’s rain does little to lessen drought concern with a majority of California counties under an extreme or severe drought.

San Diego County is one of few listed as moderate.

“We’re actually not comparatively.. not too bad here, but we need some rain to kind of fix this,” he said.

Extremely dry conditions have led the federal government to declare the first-ever water shortage for the Colorado River – which supplies a large portion of San Diego County’s water. ​

While there’s no immediate threat to our water supply, recently state and local officials have asked people to cut back on water usage as they don’t expect things to improve anytime soon.

“If we can get some normal years around here we might be on our way back to recovery here but right now it’s still kind of touch and go,” Small said.

Even with Saturday’s cloudiness, Small said fires are still possible due to dry conditions. He encourages people to be careful with activities that could spark a fire.