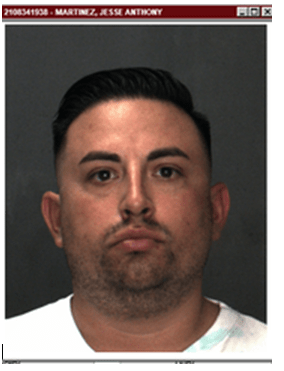 A San Diego Navy sailor was arrested over the weekend for sending lewd pictures to a minor, Rancho Cucamonga police reported.

Deputies from the Rancho Cucamonga Police Department conducted an investigation and said evidence led police to believe the suspect, Jesse Anthony Martinez, 31, may have previously met with and engaged in sexual acts with other teenage girls in San Diego and/or the Rancho Cucamonga and Ontario area.

During the investigation, deputies used an unmonitored social media account and pretended to be a 15-year-old girl. The deputy posing as the 15-year-old girl and the suspect communicated online for several days, police told NBC 7.

During their communication, Martinez sent nude pictures and videos of himself to the deputy who was still posing as a 15-year-old girl. Martinez agreed to meet the deputy at a public park to engage in sexual acts, police said.

On Saturday, Aug. 21, detectives set up surveillance at the meeting location. Martinez arrived at the location where he was contacted by detectives and taken into custody without incident.

Martinez was arrested and booked into the West Valley Detention Center. He later posted a bail bond in the amount of $100,000, and was released from custody, police reported. Martinez will be arraigned on the above criminal charges at the Rancho Cucamonga Superior Court on Oct. 6, according to police.

Detectives contacted special agents with the Naval Criminal Investigative Services Unit (NCIS) and advised them of Martinez’s arrest. NCIS Agents are assisting with this investigation.

If anyone recognizes Martinez, and/or has any information that is related to this investigation, they are urged to contact the Rancho Cucamonga Police Department, Detective Bureau. Should you choose to remain anonymous, please call We-Tip at 1-800-78-CRIME.