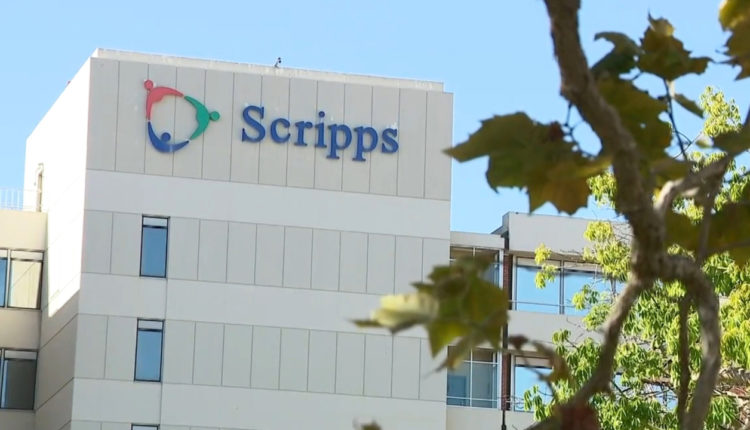 SAN DIEGO — A former San Diego hospital employee is suspected of passing patients’ information to fraudsters who tried to steal their COVID-19 benefits, according to a criminal complaint filed in a federal court this month.

Former Scripps Health employee Matthew Lombardo was arrested on suspicion of wire fraud, aggravated identity theft and wrongfully disclosing medical information, according to a warrant and other court documents obtained by FOX 5.

The federal investigation was first reported by Forbes Wednesday.

Lombardo is listed as a defendant in the case alongside Konrad Piekos, Ryan Genetti and Dobrila “BeBe” Milosavlejevic. The complaint alleges that Lombardo used his position as a patient service representative — someone who meets with patients to confirm their identifying information and verify health insurance — to pass along those details to the others.

Investigators say Lombardo was privy to names, ages, dates of birth, employment information and the reasons that people needed medical care — enough, they say, to fraudulently fill out applications for the benefits.

In the complaint, authorities lay out a chain of events in which Lombardo is suspected of passing the personal information to Piekos “who, in turn, transmits the information to Genetti and Miolsavljevic.”

The information was then used to apply for pandemic-related unemployment benefits through the state’s Employment Development Department, according to the complaint.

Reached for comment on the case Wednesday, a Scripps spokesperson confirmed Lombardo was employed by the company for a period of about two years and was fired last April.

“Mr. Lombardo was a patient services specialist employed by Scripps Health on an as-needed basis from May 13, 2019 to April 14, 2021. He was terminated on April 14, 2021, for cause,” the spokesperson told FOX 5 in a statement. “Scripps takes its responsibility for protecting patient privacy very seriously and is cooperating with the government investigation.”

Investigators say the case started to come together after San Diego County Sheriff’s deputies pulled over Piekos in October 2020 and found several loaded weapons and $40,000 in cash. That traffic stop led to search warrants for two of Piekos’ properties, federal agents say, and the discovery of more guns, plus drugs and a cell phone that belonged to Piekos.

The searches also confirmed Piekos’ association with Genetti and Miolsavljevic, the complaint claims, and led to the seizure of phones believed to belong to them.

That’s where investigators say they discovered dozens of text messages between the group “discussing the illicit distribution of narcotics, firearms, and a scheme to obtain unemployment benefits using other persons’ personal identifying information.”

The scheme was focused on securing Pandemic Unemployment Assistance benefits, weekly payouts for people who were unable to work due directly to COVID-19, according to the complaint.

In July and August, authorities accuse Piekos and Genetti of successfully submitting fraudulent assistance claims for people who were incarcerated — getting $8,100, $25,000 and $23,118 on EDD cards successfully directed to addresses belonging to Piekos.

It was around the time of these successful scams that the pair began to work with Lombardo, according to the complaint, hoping to use his access to patient info to create more fraudulent claims. In exchange for the patient details, Lombardo would get a cut of the profits, investigators say.

“If you need [a person’s initials] social security numbers or anything I can pull that [s— up] at work,” Lombardo texted to Piekos on Aug. 15, 2020.

The group appeared to target patients in their most vulnerable stages of the disease, according to text messages copied in the complaint.

“Looking for alive ones too that look like they won’t make it,” a text attributed to Lombardo reads. “Yes those would be a bit better,” Piekos replies.

In September 2020, EDD set up a new identity verification process in response to rising instances of fraud, which complicated the group’s scheme.

No evidence of foul play in inmate’s death: Sheriff’s department

In the end, investigators confirmed that personal information found in Lombardo’s texts to Piekos was used to apply for thousands of dollars in benefits, but at least in the case of the three instances listed in the complaints, all of the claims were flagged and rejected.

Lombardo remained in custody Wednesday after a warrant for his arrest was filed July 7. His next court date is Aug. 5.

Piekos was arrested as part of the initial investigation and remained in custody as of Wednesday. According to Forbes, he has entered not guilty pleas to guns and drugs charges and has yet to plea in relation to the fraud allegations.

Neither Genetti nor Milosavljevic, both of whom were in custody Wednesday, had pleaded on the charges either, Forbes reports.