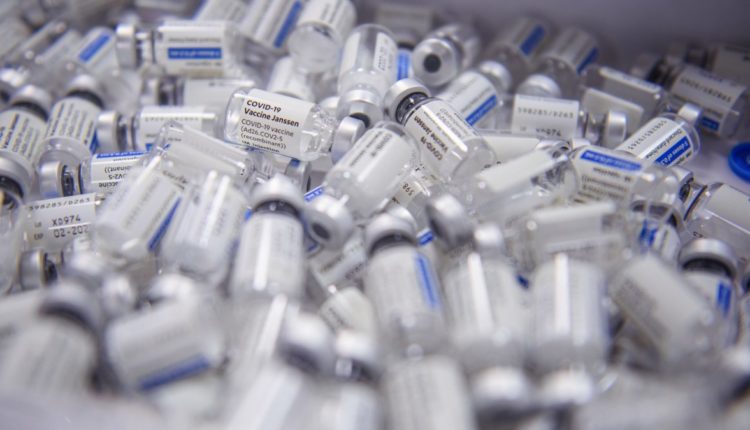 San Diego County reported 697 new cases of COVID-19 and no additional deaths, according to the most recent data released.

Sunday’s numbers increased the county’s cumulative totals to 339,427 cases, with the death toll remaining at 3,914 since the pandemic began, according to the County of San Diego Health and Human Services Agency.

The number of county residents hospitalized with the virus decreased from 660 on Saturday to 638 Sunday, according to state figures. The number of COVID patients in local intensive care units dropped from 176 to 172.

A total of 14,545 tests were reported by the county Sunday, and the percentage of new positive cases was 6.1%.

Nearly 4.56 million vaccine doses have been administered in the county, with 2.41 million — or 85.9% of county residents — having received at least one dose. Fully vaccinated county residents now number more than 2.11 million, or around 75.4% of the county’s eligible population.

No-cost COVID-19 vaccines are widely available in the region. They can be found at medical providers, pharmacies, community clinics and county public health centers for people who do not have a medical provider. A list of locations and more information is available at coronavirus-sd.com/vaccine.

A letter written by UC San Diego researchers published Wednesday found that the effectiveness of both the Pfizer and Moderna COVID-19 vaccines have significantly waned over time, partially due to the ending of mask mandates and the highly contagious Delta variant.

The letter, which appeared in The New England Journal of Medicine, was written by an interdisciplinary team of physicians and public health experts at UCSD. They measured the effectiveness of COVID-19 mRNA vaccines among health workers at UCSD Health, most notably during the emergence of the Delta variant and coincident with the end of the state’s mask mandate — allowing fully vaccinated people to forgo face coverings in most places.

The authors noted that from March through June, vaccine effectiveness against symptomatic infection was estimated to exceed 90%. By July, however, it had fallen to around 65%.

Both Pfizer and Moderna vaccines were granted emergency use authorization by the FDA in December, with vaccinations of the UCSD Health workforce beginning the same month for employees with direct, patient-facing duties.

“The decline in effectiveness is not entirely surprising,” said co- senior author Dr. Francesca Torriani, a professor of clinical medicine in the Division of Infectious Diseases and Global Public Health in the UCSD School of Medicine and program director of Infection Prevention and Clinical Epidemiology at UCSD Health.