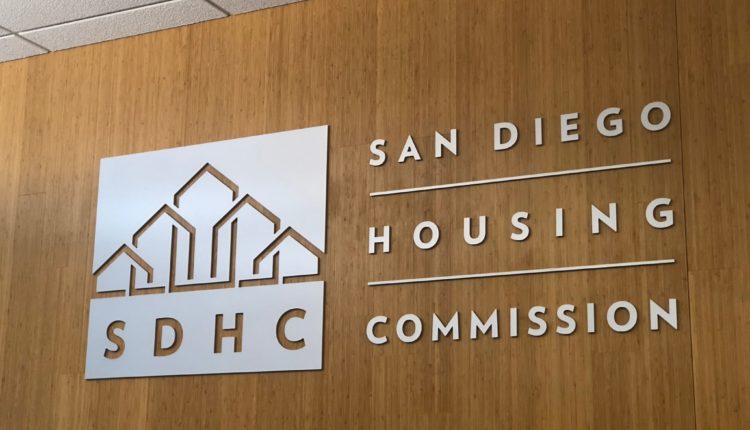 City Attorney Mara Elliott announced Tuesday that the city had filed a lawsuit against Jim Neil and his company Kidder Matthews, the real estate broker who allegedly broke state anti-corruption laws by investing in a company that owned the hotel that he helped the Housing Commission purchase last year.

That lawsuit comes as the city is exploring ways to change the Housing Commission, Andrew Keatts revealed in a new story. Members of the City Council last month instructed the city’s independent budget analyst to put together a report looking at other models that cities have come up with to run their low-income housing agencies. Around the same time, the City Council put Elliott in charge of the Neil lawsuit, after the Housing Commission had hired another law firm to handle the issue.

We revealed the entire Neil ordeal in May, based on a confidential investigation by the Housing Commission’s legal counsel. The agency’s legal counsel concluded that Neil had told two Housing Commission staffers of his investment, but neither of them acted on the information or recognized the potential breach of conflict-of-interest laws. Now, the city attorney’s lawsuit alleges that Neil and Kidder Matthews are also guilty of making fraudulent representations to the commission, and collected sales commissions exceeding his agreed upon rate in two hotel transactions.

A California appellate court ruled last month that San Diego County officials can continue to keep data about places where COVID-19 outbreaks have occurred secret. But some public record advocates are concerned the decision could have negative long-term consequences, reports Jesse Marx.

Several local news organizations, including Voice of San Diego, had sued the county to try to force it to release the names of locations where outbreaks were likely to have occurred, rather. The county tracked locations where three or more people had recently visited who also came down with COVID-19. In some cases, those locations were the source of an outbreak. In others, various people with COVID-19 had coincidentally visited them.

The county refused to give up this information during the height of the pandemic, and argued that businesses could be damaged by the negative press of being tied to an outbreak.

News organizations sued, contending the information was vital to the public interest.

Open government advocates are troubled with the court’s ruling because it relied so overwhelmingly on the word of the public official who decided to keep the data secret: county Public Health Officer Wilma Wooten.

At the center of the case is section 6255 of the California Public Records Act.

“Otherwise known as the catch-all exemption, it allows local governments to withhold information that officials have deemed sensitive. In doing so, officials will typically offer some version of a boilerplate phrase: ‘public interest in non-disclosure outweighs public interest in disclosure,’” writes Marx.

In many past cases, courts have rejected government officials’ requests to keep certain information secret. But in this instance, the court gave Wooten the benefit of the doubt in her assertion that people might be less likely to help contact tracers if they know the information might be publicly used and somehow harm a business.

A report by the Chicano Federation suggested that some Latino residents might not be willing to share information with investigators because of outing someone without documents. Concern for the well-being of a restaurant didn’t make the list.

A Plan for Parks Starts to Come Together

Saturday we broke the news that library and parks boosters have teamed up with the largest union of city of San Diego employees to try to get a parcel tax on the ballot to support libraries and parks and services in them.

Tuesday, the City Council approved a new master plan for all the city’s parks. The plan sets citywide goals for parks and outlines how the city could and should acquire more parkland and make access to parks more equitable. It is an update to a 65-year-old document. Our Mackenzie Elmer recently wrote about how the plan would have a connection to affordable housing efforts.

The Morning Report was written by Will Huntsberry and Andrew Keatts, and edited by Sara Libby.