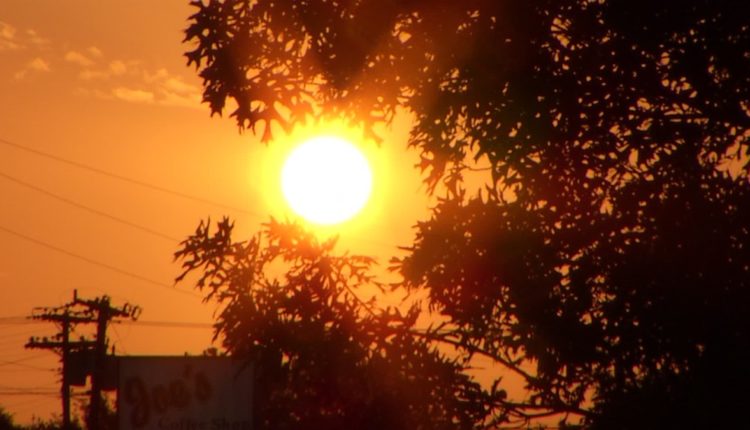 We’ve reached mid-week and the hot weather continues in San Diego County, with a heat advisory and warning stretching into Thursday. Here’s what you can expect from San Diego’s weather for the rest of this first week of August 2021.

Download our NBC 7 mobile app for iOS or Android to get San Diego’s latest First Alert Weather and breaking news.

The Heat Warnings for the Deserts and the Heat Advisories for the Valley and Mountains have been extended one more day and are now in effect until 8 PM Thursday. #cawx pic.twitter.com/nsgwrf6dpP

NBC 7 meteorologist Sheena Parveen said high temps in the mountains and inland would be in the low to mid-90s, but possibly in the upper-90s in the foothills.

Also, the NWS said its excessive heat warning issued for San Diego County’s deserts would also be extended by 24 hours, to 8 p.m. Thursday. This warning impacts areas like Anza-Borrego Desert State Park, Borrego Springs, and Ocotillo Wells – where, even for those who live in the desert, it was way too hot this week.

Parveen said the local deserts were expected to see temperatures between 115 and 120 degrees through the excessive heat warning.

In this type of extreme heat, Parveen warned that kids and pets should never be left alone in a hot car. Hydration is key, too, as well as limiting your time outdoors in the middle of the day.

“Check on the elderly and those without air conditioning,” she added.

For more tips on beating the heat, watch the video below:

Oof, it is HOT out there, San Diego.
NBC 7 meteorologist Sheena Parveen shares safety tips on how to beat the heat during these heat waves in San Diego County.

If you’re looking for a place to cool off during these hot days, check out the latest information on San Diego County’s “Cool Zones” here.

San Diego County’s relentless heat isn’t exactly going away soon so residents are warned to keep cool and hydrate. NBC 7’s Melissa Adan has more on what the sweltering temps will mean for us.

The August heat is no joke in San Diego County.

Three San Diego County parks – El Capitan Preserve near Lakeside, Hellhole Canyon Preserve in Valley Center, and Mt. Gower Preserve in Ramona – will be closed for the entire month due to the heat.

According to the county, this happens each year at these spots because of the month’s typically high temperatures. Read more about the temporary closures of these parks here.

The county had previously closed Agua Caliente Regional Park and Vallecito County Park in the Anza Borrego desert for the summer, also due to the extreme hot weather. Those will reopen to the public on Labor Day weekend.

NBC 7’s/Telemundo 20’s Ana Cristina Sanchez shares tips on how to avoid heat stroke — and what to do if you’re experiencing symptoms.

So, When Will It Cool Down?

Parveen said a gradual cooling trend will begin as we approach the weekend in San Diego County. She said this pattern would “allow temperatures to be closer to normal for this time of the year.”

“We will get a little relief into the weekend as temperatures gradually trend downward,” Parveen said in her NBC 7 First Alert Forecast. “As we head towards the weekend, we will finally cool down a bit.”

Parveen said the temps at the coast would be cooler the rest of the week, so the coastline is where locals and visitors could get some respite.

“At the beaches – this is where you’re going to go to get some relief, not just with the temperature, but look at the water temperature – upper 50s to mid to low-60s,” she explained. “So, we still have that upwelling taking place.”

What is upwelling? Parveen explains the phenomenon impacting the temperature of the water in the ocean here.

If you surf — or at least get into the water a little bit at San Diego’s beaches — you may have noticed a phenomenon happening with the water temps known as upwelling. NBC 7 meteorologist Sheena Parveen breaks down the impact of upwelling — and why you may want to break out that wetsuit, even in the middle of summer.

Parveen said the gradual cooling trend was expected to bring temps in the mid-70s along San Diego County’s coast and mid-80s in our inland areas.

“So, even though it’s still warm, it’s going to be more comfortable than the weather we’ve had for the past few days,” she added.

NBC 7 will keep watch on the weather, like always, with local weather updates here.