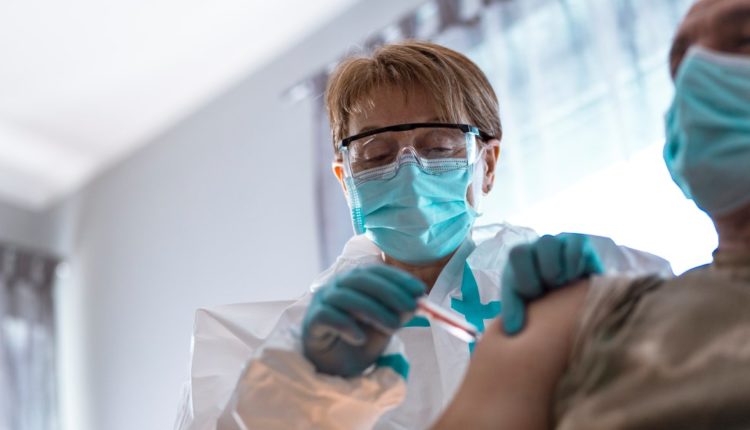 The Pentagon is requesting approval from Pres. Joe Biden to mandate COVID-19 vaccines for members of the military by Sept. 15, according to a memo signed by Defense Secretary Lloyd Austin.

There are more than 110,000 military personnel stationed in San Diego County, according to the Department of Defense, and on Monday, some military spouses shared conflicting feelings about the mandate.

“I’m, like, kind of speechless about the whole thing, honestly,” said Morgan Shan, whose husband is a U.S. Marine. “Yeah, I don’t think it’s OK.”

The memo detailed a plan that would require military members to be vaccinated by mid-September or immediately upon FDA approval of the COVID-19 vaccine, whichever date comes first. The document already received support from Biden on Monday morning, as well as from some local military families, like Michelle Jimenez, whose husband serves in the U.S. Navy. Jimenez said she and her husband both got vaccinated when they moved from New York to San Diego a few months back.

The Pentagon says it will be requiring all members of the U.S. military to receive a COVID-19 vaccine by Sept. 15, a deadline that could be moved forward if it receives final FDA approval or if infection rates continue to rise.

“A lot of people lost their lives,” said Jimenez, which is one reason she said she would be OK with the vaccine mandate. “A lot of us were affected. It was really bad. I just think it’s an easier way to get rid of [the virus].”

Shan said she and her husband were also vaccinated, but she opposes the requirement.

“I think it’s very intrusive to make military [get the COVID-19 vaccine] if they don’t want it, you know?” Shan said.

Some are arguing that mandating vaccines is not a new practice for the military. It’s not clear how the agency plans on handling refusal of the vaccine, but service members can get exemption from vaccines, in general, for a variety of reasons.

In his memo, Austin said he will be monitoring COVID-19 infections closely and may act sooner or suggest a different plan of action to the president if needed.