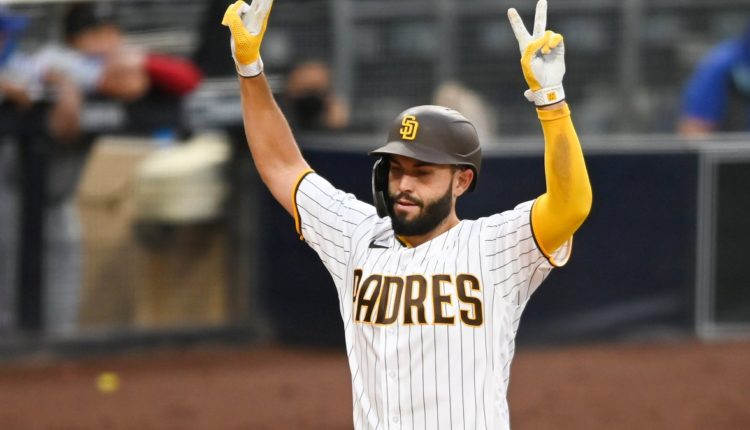 Just a few days ago, around the Major League Baseball Trade deadline, the question was what will the Padres do with Eric Hosmer?

How about play him!

The Padres first baseman had 2 hits, including a solo homer, 2 runs batted in and scored 3 runs leading San Diego to an 8-3 win against the Miami Marlins.

With the win, the Padres gained a half-game on the idle Los Angeles Dodgers and San Francisco Giants. San Diego now trails 1st place San Francisco by 7 games in the National League West and 2nd place Los Angeles by 3 games. The Padres now lead the Cincinnati Reds by 3.5 games for the second wild card spot.

The Padres and Marlins continue their 3-game series Tuesday night at Petco Park.