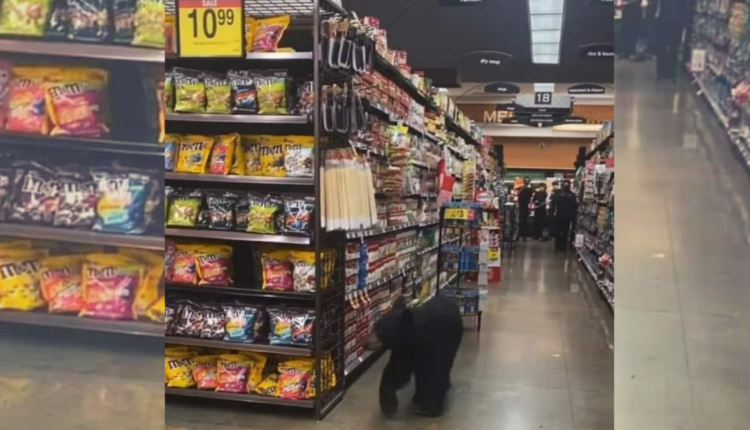 Imagine walking into your neighborhood Ralphs to do your daily grocery shopping and encountering a furry friend in the honey aisle.

Residents of Porter Ranch, a Los Angeles suburb, got a surprise Saturday morning, when they saw a 125-lb. male bear walking through the aisles of a Ralphs grocery store.

The bear was spotted inside the store sometime around 6:30 or 7 a.m., according to the Los Angeles Police Department – Devonshire Station.

LAPD said there were reports of maybe three bear sightings in the area, but only one was seen inside the Ralphs.

The bear was chased outside toward the back of a nearby Walmart building, where officers waited for the U.S. Fish and Wildlife Service.

Once they arrived, the bear was shot with a tranquilizer. He was then tagged and taken to a suitable habitat, according to Tim Badley of the U.S. Fish and Wildlife Service.

No injuries were reported.