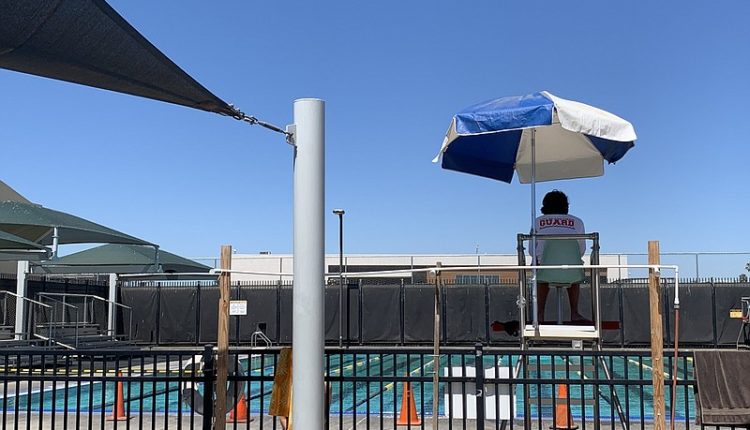 San Diego getting some microgrid tech

More on that next, but first… let’s do the headlines….

COVID-19 cases are increasing in California again, and health officials are blaming the more highly-infectious Delta variant. The latest data from the state’s public health department shows that, in June, the Delta variant became the dominant strain in the state. Governor Gavin Newsom says that’s largely due to the number of unvaccinated people.

Despite losing a congressional seat for the first time ever California is not, in fact, having a mass exodus of people. That’s according to a new study from the University of California. The research reviewed public opinion data, US census data, consumer credit histories, home ownership rates and more. A survey conducted by UC-San Diego found that 23-percent of Californians are seriously considering leaving the state, though that number has been fairly static over the past few years. California lost a congressional seat in January due to a slower population growth rate.

Intense heat is on it’s way to San Diego county mountains and deserts this weekend. The national weather service says places like Borrego Springs could reach upwards of 118 this weekend. The NWS has issued an excessive heat warning for saturday and sunday, from 9am to 10pm each day. The NWS says Borrego Springs in particular recorded it’s hottest average temperatures ever in June.

The City of San Diego is outfitting eight of its rec centers, fire and police stations with solar panels and giant batteries. KPBS metro reporter Andrew Bowen says the goal of the so-called “microgrids” is to increase power reliability in the face of climate change.

LH: Right here we’re going to have a bank of battery energy storage.
AB: Lindsey Hawes walks me around the Memorial Rec Center in San Deigo’s Logan Heights neighborhood, where next year the city will install its own renewable power generating system. Rooftop solar panels will power the building’s lights, computers and pool pumps. And if there’s ever a blackout, the building can run on the batteries independent from the SDG&E electrical grid.
LINDSEY HAWES
SAN DIEGO MUNICIPAL ENERGY PROGRAM MANAGER
LH: We know that with climate change, disruptions to our energy supply are increasing. And whether again it be a public safety power shutoff or a wildfire or some other disaster, the question isn’t if, it’s when. And so we want to be prepared.
AB: The microgrid model — decentralized energy generation and storage — is increasingly popular nationwide. The company building the city’s microgrids, Gridscape, says the approach can help cities, schools, grocery stores and other businesses save money and be more resilient.
ALOK SINGHANIA
GRIDSCAPE
“We need a solution that’s more distributed in nature so that there’s no single point of failure. And microgrids provides you with that. And we literally need millions of these to make up the grid so that it becomes stable and meets everybody’s needs.”
AB: Construction on the microgrids is expected to start in May of next year. City officials estimate they will save taxpayers 6 million dollars in energy costs over 25 years. Andrew Bowen, KPBS news.

In the meantime, our hot summer is raging on and California power managers can’t say with confidence that there will be enough power available to keep the lights on and air conditioners going.

Last summer was brutal for California electricity providers. Five times they had to ask the public for emergency conservation in an effort to keep the lights on. Conservation fell short twice and San Diego dealt with rolling power outages. The power supply picture doesn’t look much better this year.
“ We’ve seen that some of the resources we’ve procured have run into some supply chain issues.”
Grid manager Elliot Mainzer says reserves that weren’t available helped cause last summer’s rolling blackouts. He says wildfires, drought and widespread heat only make things worse.
“We still import about a quarter of our electricity from out of state so when we get simultaneously hot in the pacific northwest, the southwest and the inter mountain west the amount of power in California for imports can get stressed.”
San Diego Gas and Electric’s Carolyn Winn says the utility has bought more backup power, added battery storage and utility managers hope conservation keeps things from getting worse than last summer.
“Last August, our customers really showed up and they conserved energy. So customers make a big difference when our grid is strained.”
Winn also acknowledges that problems with the electrical grid in other regions could also impact locals.
“Officials say the supply probably won’t change much over the summer. So they’ll have to rely on customers to pick up the slack. Erik Anderson KPBS News

For years, law enforcement agencies investigated when an officer shot and killed an unarmed suspect. And district attorneys decided on charges. Until now.

KPBS reporter John Carrol tells us about a new law that puts the state’s Justice Department in charge.

Like any major American city, San Diego has had its share of officer-involved shootings that result in the death of an unarmed person. But a new law, Assembly Bill 1506, changes the way those fatal shootings are processed.
“We must have accountability and we must have transparency.”
For California Attorney General Rob Bonta, AB 1506 is personal. He co-authored the legislation when he was in the Assembly. Bonta says it’s all about building trust between law enforcement and the communities they serve, especially communities of color.
CG: Rob Bonta/California Attorney General
“Impartial, fair investigations and independent reviews of officer-involved shootings are an essential component for achieving that. We must have accountability, and we must have transparency.”
CG: Genevieve Jones-Wright/Moralgovernance Executive Director
“I think it will make a huge difference on the building of trust in the community as well as actual justice.”
San Diego civil rights attorney Genevieve Jones-Wright says she thinks San Diego District Attorney Summer Stephan will welcome the state involvement. We reached out to the DA’s office a few times today… we didn’t get a response. But, though Jones-Wright says the DA’s public statements will probably be positive, she also says the proof will be in the pudding.
“Will the DA’s office actually change the way that they pursue justice or not pursue justice in other cases involving law enforcement?”
Two investigative teams are now in place… one in Sacramento and one in Los Angeles. They will immediately be called in when an officer shoots and kills an unarmed person. Then, the Department of Justice will issue a decision one way or the other.
“Either through a written report explaining why charges are not appropriate, or we will file criminal charges.”
Bonta says he expects 40 to 50 incidents every year requiring state involvement. He says the investigative teams are on the ground now, and ready to go. JC, KPBS News.

Nora Varjas talks about change on the board of supervisors. Plus, we have a story about how one local non-profit caught the attention of a billionaire. All that’s next, just after the break.

San Diego County is spending more than a million dollars to set up an office of environmental and climate justice. Supervisor Nora Vargas asked to create the office and all her fellow board members agreed. KPBS Environment Reporter Erik Anderson sat down with Vargas recently to discuss the issue.

“For me it was really important for me to create an office of environmental and climate justice. That really was going to ensure that folks who were going to be looking, their job every day was to wake up and look at the world through an environmental and climate justice lens. Which means looking at environmental racism in our communities. Looking at the toxins in our region. Contamination. And it was part of my bigger environmental package but for me it was really important that we had an office that really has people who are dedicated to looking at the world from that lens.”
Help me define environmental justice, as you perceive it.”
“We’re really proud of being a binational community but if you think about the emissions from the long hours of folks waiting at the border, all of these issues are impacting the community that because of their zipcode have been greatly hurt by these policies that didn’t really take them into consideration.”
“Can you give me an example of how this county office might impact a piece of legislation that the supervisor’s would consider.”
“What I keep saying to folks, for a long time it is the community organizations, the environmental justice organizations that have been doing the work that government should’ve been doing from the beginning. And so what we are doing now, is that government is taking the responsibility and ensuring that folks have the information that they need. And that we are actually going to be able to get their input as we’re making the policies moving forward.”
“Why do you think the supervisors are ready to make this change?”
“I came here to do a job on behalf of the community and that’s what we’re doing. We have a new board of supervisors. We have the will to really make a difference And we have a short amount of time to do it so we have no time to waste.”
“Community member have been raising these issues but why is it now that this is sort of coalescing in organizations that have the ability to make change?
“I mean, I think it goes back to decades of organizing in our communities. I started this work 25 years ago and we have all worked side by side in terms of doing the equity-minded work. Whether its health care, the environment economic justice issues, transportation, housing. We know that they’re all integrated. And I think if anything the last administration demonstrated how important making decisions based on science is for our communities. We talk about the impact of COVID, particularly in the Latino community the communities across the county of San Diego. Again, it was the issue of where you lived that made a difference on whether or not you were going to have access to vaccines or access to testing. And we shifted that around in a really short amount of time. Because we looked at the data. We looked at the health equity index and we decided that’s what we were going to prioritize because the county of San Diego is the safety net for so many folks that for many reasons haven’t had access for years. So for me it really is a new day in the county of San Diego. And I think for what you are seeing in government is a real true partnership between elected officials and community organizations and advocates. And I do believe that the will of county staff is there to be able to make a difference and they’ve been very helpful in helping in this transition.”

A local nonprofit has received a no-strings-attached donation from one of the richest people in the world. KPBS reporter Melissa Mae tells us about the group working to empower at-risk youth through the arts.

That’s it for the podcast today. Be sure to catch KPBS Midday Edition At Noon on KPBS radio, or check out the Midday podcast. You can also watch KPBS Evening Edition at 5 O’clock on KPBS Television, and as always you can find more San Diego news online at KPBS dot org. I’m Annica Colbert. Thanks for listening and have a great day.