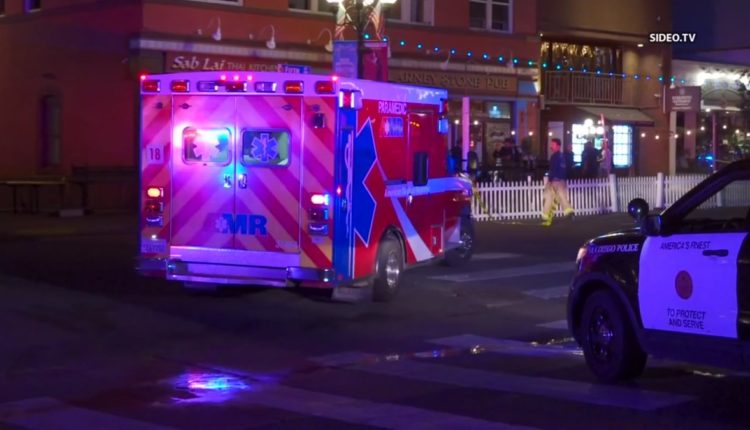 San Diego police are searching for the gunman who shot and killed a man overnight outside a Gaslamp Quarter bar, the department said.

The violence was reported sometime before 2 a.m. Monday near the intersection of Fifth and Island Avenues when shots were fired outside a business.

“There was a big group of people. I guess an altercation went down,” said Austin Arroyo, who witnessed the shooting. “I heard four gunshots, and everybody started running. I saw a guy fall on the ground. I started running towards him.”

Details on what led up to the shooting are not immediately clear, but investigators are looking at the possibility that the incident may have stemmed from an argument between two large groups.

Authorities said the shooter was last seen jumping into a car that was traveling on the wrong side of the road of Fifth Avenue. A detailed description of the gunman and car involved in the homicide was not immediately available.

Details on the deceased, such as his name and age, were not immediately released.

The investigation is ongoing.