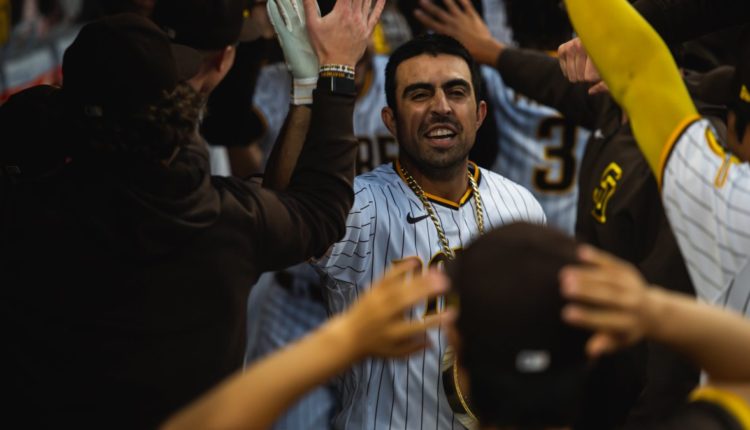 With one swing of the bat (which wasn’t even his) Daniel Camarena went from a career minor leaguer to a San Diego baseball legend.

The Padres reliever hit a grand slam off future Hall of Famer Max Scherzer on Thursday night in his 2nd career plate appearance, a blast that touched off the greatest comeback in Friars history.

In case you haven’t seen the reaction of Daniel’s brother Louie, you really need to. It’s one of the most honest responses you’ll ever see at any sporting event:

He and the family overflowing with excitement.

That kind of emotion is something you cannot fake. In a special edition of the OnFriar Pocast, NBC 7’s Derek Togerson talked with Louie about the moment and found out the story leading up to it is something not even the best movie makers could ever come up with:

The author (Derek) is admittedly prone to being a little emotional, but this tale will melt even the hardest of hearts. If you’re ready to be inspired, this is for you.