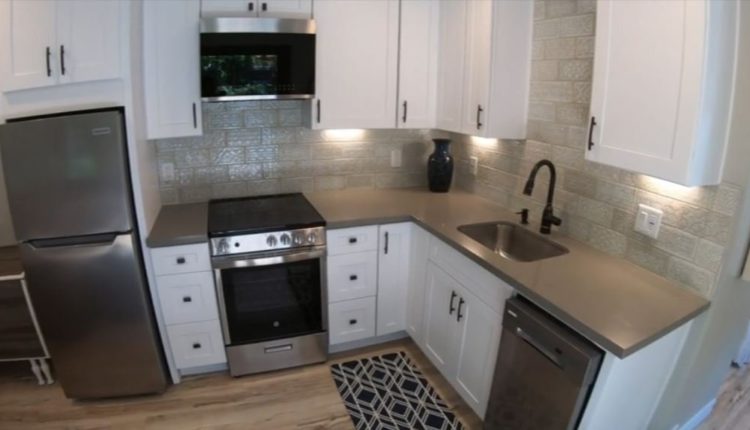 Accessory Dwelling Units (ADU’s) are seen by some as a solution to San Diego’s housing crisis. There’s a good chance a neighbor has built an ADU in your community.

But as cities in the county ease restrictions to help construct ADU’s, many local neighborhood groups say they’re being built, at times, larger than the existing property without necessary existing infrastructure.

Wow! ADU’s have become a hot button topic as cities ease restrictions. Lisa Klink, 66, of Encinitas built an unobtrusive ADU in her garage and back room. She’s renting the 400 sq ft space with amenities for $2,000 a month. Offers have poured in. Her story on #nbc7 News at 4 & 6. pic.twitter.com/oIPm7LamlN

Several neighborhood groups have called on the City of San Diego to place a moratorium on an ordinance established during the pandemic to ease restrictions because residents weren’t allowed to offer input to the plan.

Meanwhile, in Encinitas, the city has created a webpage that explains the process of building an ADU, including floor designs for guidance.

Since 2020, 179 building permits have been issued for ADU’s in Encinitas. One of them belongs to longtime resident Lisa Klink.

“I did it out of necessity. Because of the pandemic, I stopped working and my ex lost his job. That means I lost my alimony,” said Klink, with a laugh.

In six months, Klink, 66, was able to design and build a 400 square foot ADU in an extra bedroom that extends into half of her garage.

It would likely meet the scrutiny of neighborhood groups since there have not been any visible changes to the exterior of her property.

She says it cost $60,000 and now is asking $2,000 dollars a month rent. She put it on the market through social media and the response has been overwhelming.

“I just put it on Next Door, and after three days, I shut it off. I had 65 people asking about it,” Klink said.

But while some may consider $2,000 monthly rent for a 400 square foot ADU hardly affordable, consider it includes new appliances, water and electricity, cable, and even a small patio area with extra storage.

“It’s a little bit crazy, but I tried to make it really nice,” says Klink.

Klink also says, since posting information about her rental, many people have asked for her advice.

“I had people that wanted to pick my brain that loved my design. ‘Who’s your interior designer? Who’s your contractor? We want his name.’ People wanted to know the process,” Klink said.

Klink’s strongest advice is to find a contractor you can trust. She interviewed three contractors, each with a considerable price difference.

She also said to be prepared for the inconvenience that goes with construction.

“I had to seal off part of my house because if you make an ADU, you have to firewall it, and that means you have to take down both sides of your drywall and put a bigger, fatter drywall,” Klink said.

The most intimidating part, perhaps, she said was dealing with permits and inspections.

“I was nervous at first. But then I was sweet as can be to the guy coming,” said Klink with a smile.

She hopes to recoup her costs in two and a half years.

“I’m happy. I haven’t had somebody live here yet, so I’ll let you know. Ask me a year from now,” Klink said.