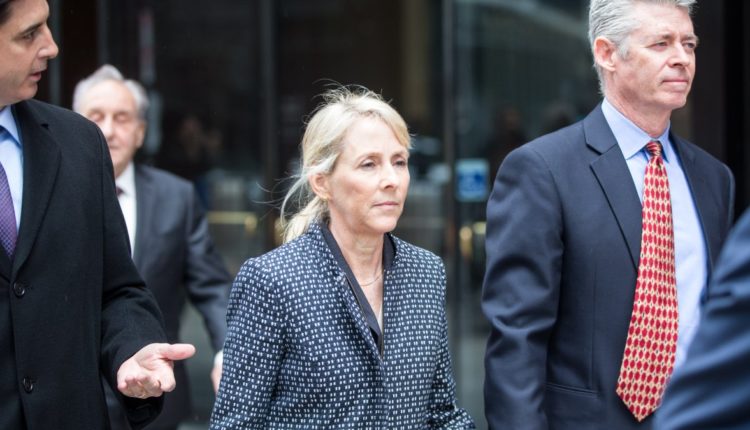 The former owner of San Diego’s KFMB television stations, who authorities say paid more than $500,000 to get her two children into elite universities as athletic recruits, has agreed to change her plea to guilty, federal prosecutors in Boston announced Thursday.

Elisabeth Kimmel, 57, of La Jolla, California, is the 32nd parent to plead guilty in the Operation Varsity Blues nationwide college admissions bribery scandal, the U.S. attorney’s office in Boston said in a statement.

Under terms of a plea deal, Kimmel will plead guilty to conspiracy to commit mail and wire fraud, and in exchange will receive a six-week prison term, and two years of probation, the first year of which must be spent in home confinement, authorities said.

A date for the plea hearing has not been scheduled.

One of Kimmel’s attorneys, R. Robert Popeo, declined comment through a spokesperson.

Kimmel agreed with William “Rick” Singer — a college admissions consultant and ringleader of the plot — and others to pay $275,000 to get her daughter admitted to Georgetown University as a tennis recruit, even though she was not a competitive tennis player, prosecutors said.

A complaint said her daughter’s application to Georgetown stated that she was a “ranked player” in Southern California Junior Tennis during high school. But prosecutors said the U.S. Tennis Association, which operates the Junior Tennis program, has no record of the daughter’s participation in that elite program.

The complaint notes that Kimmel’s daughter entered Georgetown in 2013 and graduated in 2017. She was not a member of the tennis team at the university.

Gordon Ernst, the former Georgetown tennis coach, allegedly allocated a tennis admission slot to Kimmel’s daughter, according to prosecutors. Ernst has pleaded not guilty to a variety of charges and is scheduled to stand trial in November.

Lori Loughlin and Mossimo Giannulli’s daughter Olivia Jade has posted on social media for the first time since her parents agreed to plead guilty for their roles in the college admissions scandal.

Kimmel, the former head of Midwest Television Inc. — at the time the parent company to KFMB television stations and several other media properties — also agreed with Singer and others to pay $250,000 to get her son admitted to the University of Southern California as a pole vault recruit, even though he was not a pole vaulter, prosecutors said.

The complaint alleges that another defendant created an athletic profile for Kimmel’s son that “falsely described (him) as an elite high school pole vaulter” and included a photo of a pole vaulter said to be Kimmel’s son, but which in fact showed another, unrelated athlete.

According to the complaint, Kimmel’s son did not know he’d been admitted to USC as a recruited athlete.

Kimmel had previously pleaded not guilty and sought to have the charges dismissed.

Singer previously pleaded guilty and is cooperating with the government’s investigation.

Dozens of famous and wealthy parents, as well as about a dozen college coaches and athletic administrators, have been charged in the conspiracy, which involved large bribes to get undeserving children into elite U.S. universities with rigged test scores or inflated athletic accomplishments.