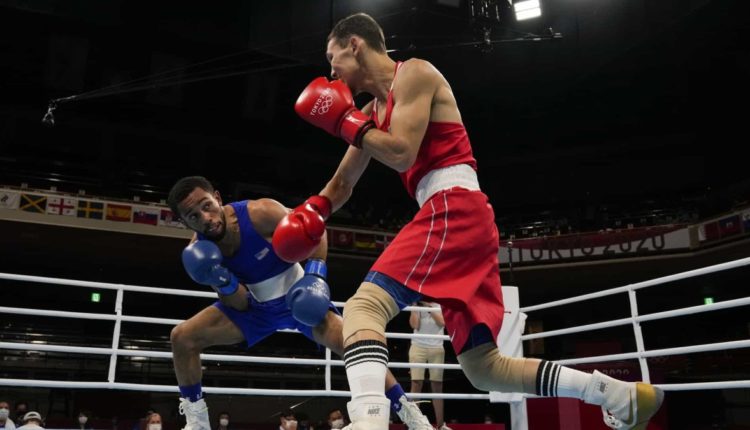 It wasn’t quite floating like a butterfly and stinging like a bee, but U.S. featherweight Duke Ragan was too quick for Kazakhstan’s Serik Temirzhanov on Wednesday.

Ragan took a unanimous decision, sweeping all three rounds on three scorecards and winning 29-28 on the other two.

After the bell, the fighters exchanged words, and Temirzhanov appeared to charge toward Ragan before stopping short of a full-fledged incident. The fighters greeted each other without incident after the decision was announced.

In women’s middleweight action, former world heavyweight and light heavyweight champion Zenfira Magomedalieva of the ROC overwhelmed U.S. fighter Naomi Graham, who landed good shots in third round but was otherwise unable to do much. Graham won one judge’s scorecard but was swept on two others.