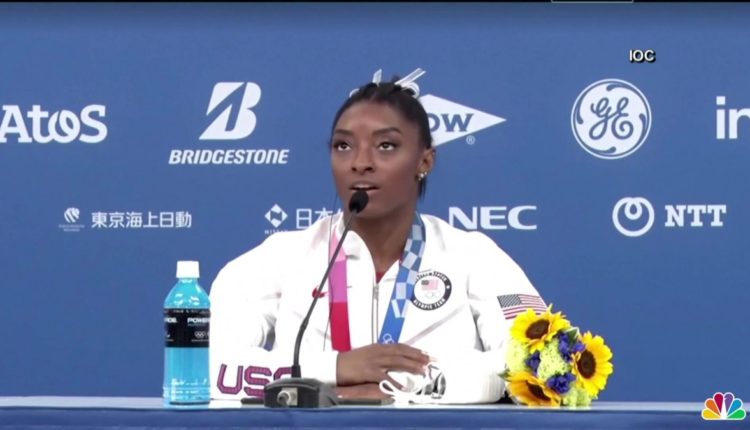 Simone Biles is receiving a lot of support after dropping out of team competition at the Olympics, including compassion from young athletes in San Diego.

“I was really surprised,” said 12-year-old Ella Pavlik, “but I get it, because she had so much on her shoulders and so much stress going on. I understand it can be scary stuff.”

Pavlik is on the competitive team at San Diego Gymnastics Point Loma. She and her teammates told NBC7 that they look up to Bile, and feel she made the right decision for the team.

“In terms of the world of athletics, we talk about the physical injuries a lot, but the mental health component is often more invisible,” clinical and sports psychologist Shira Oretsky said,

Oretsky said athletes are placed on a pedestal and we look up to their accomplishments, but this, she said, shows the human side.

“I think there’s a piece that we all can kind of connect with in terms of ourselves and some of the challenges that we experience,” the psychologist said.

First and foremost, Biles brought out the importance of mental health, Oretsky said.

“I think she’s been such a trailblazer … she’s really been so strong, and this is just one more example of her ability to come out in front of an open audience and be able to speak openly and share what’s going on,” Oretsky said.