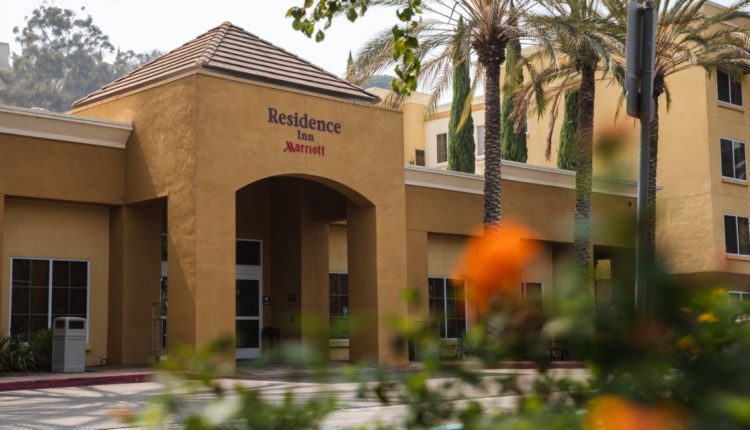 The real estate broker sued by the San Diego City Attorney’s Office last week for his role in the above-market purchase of two hotels and for allegedly failing to disclose his financial interest in one of the properties has commented on the dispute for the first time.

Jim Neil refused for months to discuss his handling of two Residence Inn hotels he recommended the city acquire.

His statement Wednesday said the lawsuit filed by City Attorney Mara Elliott and the related press release were fraught with errors and mischaracterizations, and omitted critical facts to support a flawed narrative.

Neil also said he told city housing officials that he bought shares of a company that owned one of the properties before the deals closed last year. He did not provide evidence or explain why he waited more than three months to state his position.

“Mr. Neil informed the Housing Commission of his intention to purchase the stocks before the transaction and he was told there would be no issue with these actions by senior housing commission staff,” the statement read.

“The City Attorney’s Office and the Housing Commission were aware of this fact before issuing their press release” last week, it added.

The assertion was one of several points made in the announcement from Neil’s public relations company, Paragon Communications of West Sacramento.

The statement says Neil has retained a legal defense team but did not identify the law firm. The PR company did not respond to follow-up questions.

Neil also rejected a claim from the City Attorney’s Office that the broker fees he collected exceeded the contracted amount. The statement does not address the city’s claim that the city overpaid for the properties.

The City Attorney’s Office announced last week it was suing Neil and Kidder Mathews Inc. for allegedly violating state conflict-of-interest laws for their role in the purchase in November of two hotels to help protect homeless people from COVID-19.

A spokeswoman for City Attorney Mara Elliott issued a statement in response to Neil’s assertion, but the reply did not address whether Housing Commission officials were told about or approved Neil’s investment.

The statement from spokeswoman Leslie Wolf Branscomb implied there was no legal difference.

“Mr. Neil’s claim that he revealed his unlawful conduct to Housing Commission staff is not a defense against California’s strict disclosure laws, which protect taxpayers from ethical breaches by public officials,” she said by email.

“The city is determined to recoup every public dollar that was illegally spent, and to learn more about these troublesome transactions through discovery and deposition,” Branscomb added.

Another spokeswoman for Elliott said last week that the city attorney did not sign off on the hotel purchases. Those transactions were instead approved by the commission’s outside law firm, spokeswoman Hilary Nemchik said then.

The San Diego Union-Tribune reported in February that the two properties were bought by the city under appraisals that were prepared prior to the pandemic, which depressed the market rate for hotels across the country due to the worldwide lockdown.

The Mission Valley property on Hotel Circle was purchased for $67 million — or $349,000 per room — by far the highest per-key cost of any hotel property transacted in San Diego County last year, public records show.

Real estate experts who specialize in the hospitality sector said hotel properties dropped in value by as much as 40 percent due to the pandemic-induced lockdown.

Four other Residence Inns sold in California since 2019 for an average per-room cost of $227,000 — all prior to the March 2020 lockdown. City housing officials said the two San Diego properties were in good condition and the sales price was fair.

In the complaint filed in San Diego Superior Court early last week, Elliott said both property values were inflated, and one sold for a higher-than-needed price in an apparent attempt to boost the broker’s commission.

The lawsuit also accused Neil and Kidder Mathews of collecting broker’s fees higher than was called for in the agreements. It said fees were to be capped at $250,000 but noted that the city paid $502,500 to the brokers, and the brokers also received almost $600,000 from the seller.

The Housing Commission defended the broker’s fee in February, saying the real estate experts did a good job and the commission felt the payment was warranted.

Marshall has not commented on the city attorney’s claim that the fees were excessive, but Neil’s public relations firm said the city insisted that it pick up the commission on the Hotel Circle property.

“It was the city who proposed that Mr. Neil’s commission on the Hotel Circle purchase be paid by the city, in order to benefit the city,” the statement read. “Mr. Neil followed the city attorney’s direction as to who would pay the commission and how it would be paid.

“The city has clear documentation of this but chose to ignore it,” the statement read.

The online news organization Voice of San Diego first reported in May that Neil purchased 40,000 shares of a real estate investment trust that owned the Residence Inn on Hotel Circle.

Neil’s investment should have disqualified him from participating in the city transaction, housing commission lawyers said in a memo to commissioners and the City Council, but the deal went forward nonetheless.

The broker’s public relations firm said Wednesday that there was no violation of state conflict-of interest rules.

“Mr. Neil did not have any ownership interest in the company that directly owned the Hotel Circle property,” the broker’s public relations firm said. “That company was a subsidiary (of the trust).”

The statement also said Neil’s ownership stake was less than 0.1 percent, and falls within an exception of the state Government Code section that addresses conflicts of interest.

The conflict-of-interest allegation leveled by the City Attorney’s Office in the Residence Inn transaction is similar to those contained in a separate lawsuit Elliott filed earlier this summer in ongoing litigation over a vacant office tower at 101 Ash St.

The city argued that the lease-purchase contract for that high rise and the nearby Civic Center Plaza should be voided because real estate broker Jason Hughes collected $9.4 million in undisclosed commissions for his help with those deals.

Hughes also stated, through his attorneys, that city officials were told that he expected to get paid for his work on the transactions, although then-Mayor Kevin Faulconer and his aides have insisted they did not know about the commissions.

Neil’s statement Wednesday touted his decade of service to the city of San Diego as a contract broker and pledged to fight the allegations in the city’s lawsuit vigorously.

“Over the course of his long career in San Diego, Mr. Neil has demonstrated an unwavering commitment to operating within the highest level of integrity and ethical standards,” it read.