‘We’re Trying to Get Them Out’: San Diego Students Stranded in Afghanistan Expected to Get Home Soon – NBC San Diego 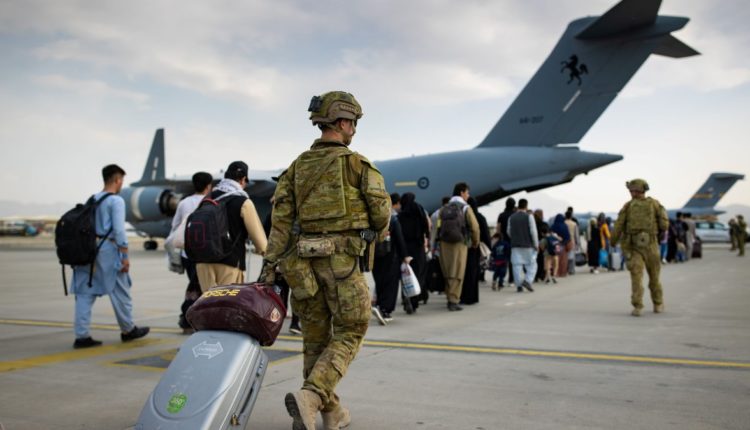 “This could end at any time and that is one of the reasons we are trying to them out,” Issa told NBC 7 San Diego on Wednesday night. “We don’t want any Americans to be one of those people clinging to the helicopter at the end.”

One local family stranded in Afghanistan is now safely back in the U.S., but there are at least 18 other students from the Cajon Valley Union School District still stranded. NBC 7’s Dave Summers reports.

On Thursday at 9:30 a.m., Issa’s office said two San Diego-area families trapped in the Kabul region had been freed from Afghanistan.

“This is great news, the result of tireless work by our team to ensure that our people aren’t left behind in Afghanistan,” said Issa in a press release. “But while we have made extraordinary progress, there are so many more Americans stranded in Afghanistan. We have more work to do and under extremely difficult conditions.”

Among those local families stuck in Afghanistan are some students from the Cajon Valley Union School District in San Diego’s East County community of El Cajon. The district confirmed earlier this week that the families of the students – who attend various schools in the area – had reported the kids wouldn’t be able to start the school year on Aug. 17 because the kids and their parents were in Afghanistan, unable to get out of the Kabul airport.

The families had traveled separately to Afghanistan for summer vacations to see their grandparents, cousins and other relatives. Most of the families came to the United States on a special immigrant visa after having worked for the U.S. government or U.S. military in Afghanistan, officials said. The visa allows only the person and their spouse and children.

At least 18 other students from the district with five other families are still not home, however, reports NBC 7’s Rory Devine.

Many of the families left in early May and June, months before the crisis unfolded and the president of Afghanistan fled as the Taliban seized power, officials said.

“Just like you and I, they had used the summer to go back to see their relatives,” CVUSD Superintendent David Miyashiro said. “No one felt that were going to be unsafe or unable to return.”

The superintendent said the families are particularly scared because of the upcoming Aug. 31 deadline for the United States to end its withdrawal.

There are at least 18 other students from the Cajon Valley Union School District still stranded in Afghanistan. An Afghan woman, whose family is still stranded, worries for the safety of them. NBC 7’s Rory Devine reports.

On Wednesday, one of the San Diego area families – six local students and their mom and dad – were able to safely return to Southern California, a liaison working with the families told NBC 7. Details about how they got back to the U.S. were not immediately released.

There are at least 18 other CVUSD students spread across five families still trying to get home. The children range from preschoolers to high school students, the Associated Press reported.

Some have witnessed shootings and other violence in and around the Kabul airport in recent days, said Fraidoon Hassemi, the CVUSD’s community liaison.

President Joe Biden on Tuesday said he is sticking to his Aug. 31 Afghanistan evacuation deadline, adding that “each day of operations brings added risk to our troops.”

“They are in homes where they feel not safe because they have door-to-door canvassing going on,” Issa told NBC 7.

Issa’s district encompasses the central and northeastern parts of San Diego County and a portion of Riverside County, including the communities of El Cajon, Fallbrook, San Marcos, Valley Center, Ramona, Escondido, Santee, Lakeside, Temecula, and the mountain and desert areas of the San Diego-Imperial County line.

The congressman said his staff has been in constant communication with the CVUSD families. He expects to have anywhere from two to five more of the families back in San Diego County by Thursday.

Via social media and messaging apps like WhatsApp, Issa said his office had learned of dozens more San Diego area families stranded in Afghanistan. He planned share the information with the State Department and the White House.

“We’re trying to grab as much information as we can including passing on information about the sites they will be going to, so if something happens and we lose communication with them, we want them to still go to those points,” he added.

Meanwhile, San Diego-based Congresswoman Sara Jacobs, CA-53, sent out this statement Wednesday night about the local ties to the crisis in Afghanistan.

“Heartbreaking to see so many local folks, including so many kids, unable to get out of Afghanistan.My office has been working on hundreds of similar cases, and it underscores how great the need is to get American citizens, Afghan allies, and partners out.”

NBC 7’s Priya Sridhar spoke with Veterans of the Afghanistan War about U.S. pulling out forces and the aftermath .

On Thursday morning, the Pentagon confirmed there had been two explosions outside Kabul airport that ended with casualties, further throwing the U.S. evacuation efforts into turmoil. The initial blast outside the airport’s Abbey Gate resulted in a number of U.S. and civilian casualties, Pentagon spokesman John Kirby said on Twitter.

“We can also confirm at least one other explosion at or near the Baron Hotel, a short distance from Abbey Gate,” he said. “We will continue to update.”

It is unknown if the chaos at the airport had or would impact the families trying to make their way back to San Diego County.

NBC 7’s Omari Fleming spoke with an Afghani woman who worries about her father in Afghanistan, and the human rights of the people living under Taliban rule.