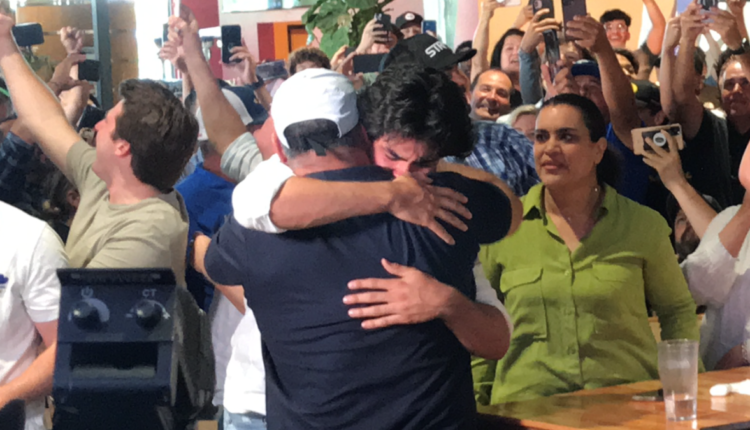 San Diego County is no stranger to having ballplayers go early in the MLB Draft. Marcelo Mayer is the latest star-in-the-making to hear his name called in the Top-5.

Mayer, a shortstop from Eastlake High School, was taken 4th overall by the Boston Red Sox. He was the first prep position player off the board in a class flush with high school shortstop talent.

He definitely earned going that high. Mayer hit nearly .400 with 14 home runs his senior year, one shy of the school record set by Adrian Gonzalez. At 6’3” he’s got the physics tools MLB teams covet and the polish to stay in the middle of the diamond. Scouts like to use comps to put context on how good a player can be.

Yes, the kid can play a little bit.

Mayer joins a couple of other San Diegans who made their name in Boston. Gonzalez was an All-Star for the Red Sox a decade ago and a Hoover High School grad named Ted Williams (who threw right-handed and batted left-handed like Mayer) spent his entire Hall Of Fame career in Beantown.

The American League East is big on San Diego baseball this year. With the 28th overall pick the Tampa Bay Rays selected Torrey Pines SS Carson Williams, who rocketed up draft boards in the last year.

As a junior he was sitting in the 5th-8th round range and would have likely taken his scholarship to the University of California-Berkeley. Then he went to the WWBA World Championships, an elite prospect showcase, and won MVP honors when he started launching baseballs all over the yard and showing off a fastball in the mid-90’s on the mound.