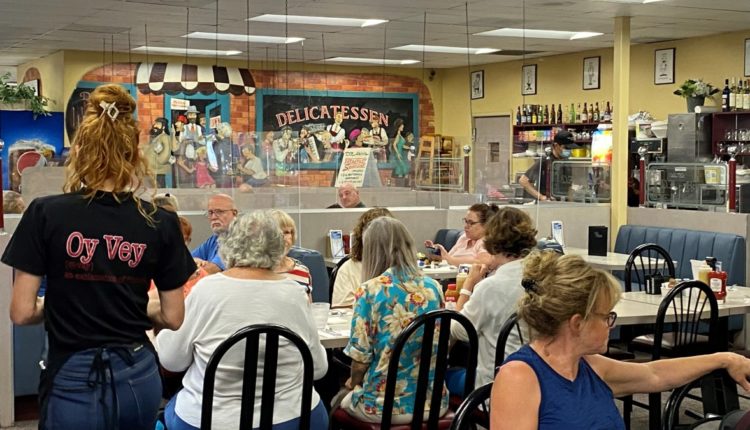 A rise in COVID cases has some California bars and restaurants now requiring customers to show proof of vaccination or a negative COVID-19 test.

It’s mostly happening in L.A. where the county’s mask mandate has been reinstated.

Most customers we spoke with in San Diego support the idea, but most establishment owners said they don’t want to take on the added burden and said it could actually hurt their business.

For more than four decades D.Z. Akin’s — known for its wall of fame — has survived the highs and lows.

“Of all the things we thought we had to plan for, I don’t think we ever planned for a pandemic,” owner Elan Akin said. “We never planned for plexiglass all over the place.”

But now, the owners are trying to decide what else they can do to be part of the solution.

Concerns over a spike in COVID-19 cases and the highly transmissible Delta variant have some bars and restaurants – mostly in L.A.— turning away the unvaccinated unless customers have tested negative within 72 hours.

D.Z Akin’s, along with other San Diego establishments, tell NBC 7 they’re not as eager to join that movement to require vaccination cards, but see the need for more protection.

“As we’ve seen the cases rise we know there’s definitely possibilities coming, like additional mask mandates or other protocols put in place just to protect us,” Akin said. “We are not yet requiring people to bring their vaccination cards. We are still going off the honor system. A lot of the customers still are wearing masks on their own choosing, those who have been vaccinated as well.”

So, in the meantime, instead of turning people away, Akin hopes more people will get the shot or keep their masks on.

According to the state health department, the significant increase in COVID-19 cases is being driven mostly by the unvaccinated.

San Diego resident David Baker said he hasn’t gotten the vaccine but wouldn’t be bothered if he was turned away from enjoying his favorite meal.

“I’m an easy-going guy so I would just go to a different place, but I guess a lot of people would get mad,” Baker said.

David Payne is vaccinated and works in construction.

“I think to force restaurants to do that is gonna hurt their businesses. A lot of people aren’t gonna be able to go there, but DoorDash and all those other things are gonna have more businesses.”

The owner of Nicolosi’s located in the Gaslamp Quarter said they’re already short-handed with employees and don’t want to ask them to take on the burden of checking people’s vaccination status. They also worry people would use fake vaccine cards or cancel large bookings because someone in their party can’t attend.

“Just be smart. If you’re not vaccinated, keep that mask on just to make sure nothing gets spread around,” Akin said.