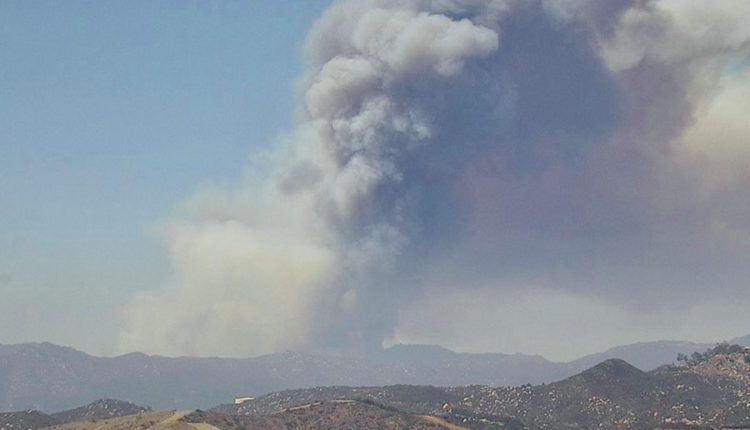 Firefighters are battling a brush fire Saturday that has sparked in Riverside, where smoke can be seen across San Diego County.

An evacuation warning was in place for residents North of Tenaja Road, West of Cali Pino/Gallop Lane, South of Hombre Lane, and West of Cleveland National Forest.

Cal Fire, Riverside County Firefighters along with Cleveland National Forest and local government agencies are on the scene of the chapparal fire near Tenaja Road and the Cleveland Forest Road.

According to Cal Fire, the fire is pushing north out of San Diego County as it was originally 90% in San Diego and 10% in Riverside County.

No other details were released.