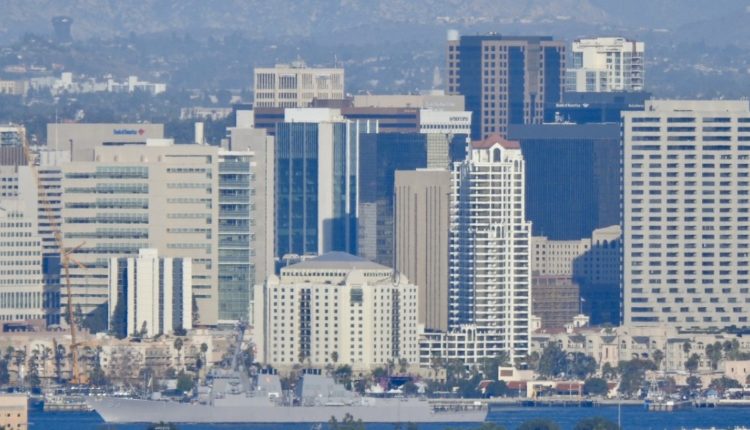 The regional planning board responsible for the infrastructure needs of San Diego County voted Friday to open negotiations with local labor leaders for an agreement that would ensure construction workers on future projects are paid union wages.

By a vote of 11-7, the board of directors of the San Diego Association of Governments, or SANDAG, agreed to enter into exclusive talks with the San Diego County Building and Construction Trades Council to adopt a “community benefits agreement.”

If adopted later this year, the community benefits agreement could affect billions of dollars in future transportation and other projects proposed by SANDAG, the regional board representing San Diego County and its 18 cities.

The community benefits agreement to be negotiated resembles what’s known as a project labor agreement, a document that commits contractors and their subcontractors to hiring unionized workers to build their projects.

Such agreements generally increase development costs, although supporters say they help draw people into the middle class by guaranteeing the workers livable wages and fringe benefits.

“We have seen our country rebuilt with project labor agreements,” said Alejandra Sotelo-Solis, the National City mayor and SANDAG vice chair who made the motion to start negotiations. “It really is that groundwork for so much … not only jobs but careers.”

Project labor agreements have long divided elected officials in San Diego County and beyond. The hearing Friday, which attracted dozens of speakers and stretched for more than two hours, was no exception.

Many union members from the International Brotherhood of Electrical Workers and other organized labor groups spoke in favor of opening the negotiations.

“My family and I have personally benefited from these opportunities,” said Simon Williams of IBEW Local No. 569.

Others urged the SANDAG board not to limit negotiations to the trades council.

“You actually work for the people of San Diego County and not the union and environmental leaders,” speaker Kevin Dayton testified. “You need to consider providing projects that provide the best price for the people.”

Before the board of local elected city and county officials could vote on the Sotelo-Solis motion, Poway Mayor Steve Vaus offered a substitute measure directing SANDAG to make sure any agreement includes all state and federal apprenticeship programs.

The caveat meant that whatever agreement SANDAG reached with the trades council would allow non-unionized workers to participate in future construction projects.

“If anybody in my district is excluded, I won’t be able to vote for it,” said Joel Anderson, who serves on the SANDAG board as the East County representative on the county Board of Supervisors.

“I have people in my district that are union and non-union,” Anderson said. “Both are valuable; both deserve our consideration.”

Hasan Ikhrata, the SANDAG executive director, said the substitute motion would inhibit the organization’s ability to negotiate with the Building and Construction Trades Council by setting certain conditions before the discussions even begin.

“Don’t tie our hands,” Ikhrata told the board. “I don’t mean (unions are) the wrong thing or the right thing; by including language ahead of time you are limiting (negotiations).”

The substitute motion proposed by Vaus failed before the original motion passed.

In addition to the political divide between union-friendly liberals and cost-conscious conservatives, the debate Friday included advocates for Black construction workers, who have traditionally been under-represented in apprenticeship programs.

Earlier this week, members of the Black Contractors Association of San Diego hosted a rally outside the SANDAG offices in downtown San Diego.

They worried that the plan as proposed would exclude Blacks from apprenticeship opportunities in the construction sector because some of the 20 to 30 people they train each year do not choose to join unions after they complete the program.

“Although we applaud you, we want to make sure the community benefits agreement is an agreement that benefits all communities,” Abdur-Rahim Hameed, the Black Contractors Association president, told the SANDAG board on Friday.

“No one should have to pay a fee to be a member,” he added. “We support fairness for all.”

The regional planning agency spends more than $1 billion a year on public transportation and other programs.

Earlier this year, SANDAG unveiled a $160 billion plan for expanding transit and overhauling the freeway system over the next 30 years. The planning blueprint is heavy on high-speed rail and new housing clusters around a dozen or so new train stations.

SANDAG officials told the board Friday that they expected to complete negotiations with the Building and Construction Trades Council and return to directors with a proposed agreement by the end of the year.