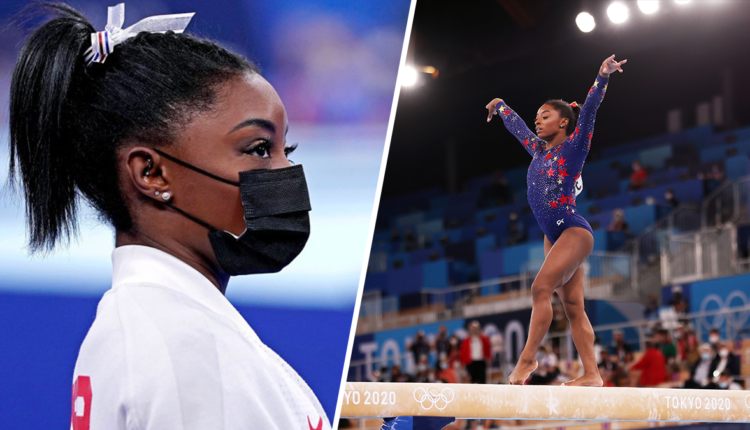 Aspiring gymnasts in San Marcos say they’re thrilled to know Simone Biles will return to Olympic competition after she withdrew from several events because of stress and a case of “the twisties,” during which gymnasts become confused about their sense of direction while they’re airborne.

Biles will compete on Tuesday in the women’s balance beam competition.

Simone Biles will compete in the balance beam event at the Tokyo Olympics.

Brady and other young gymnasts told NBC 7 that they have faith that Biles’ star will shine again.

“I’m sad that she had to jump out, but I’m glad she didn’t get hurt, “ said Everly Porter, an 8-year-old who says she plans to win at least five gold medals in the Olympics when she gets a bit older.

Emily Pires, a competitive gymnast who will attend UC Davis on a gymnastics scholarship. understands the excitement of the young girls she’s helping to train.

“I remember being their age, and I remember watching the girls on TV and being like, ‘Oh, I’m gonna be like them one day,’ ” said Pires, who plans to watch Biles compete on television early Tuesday. “I could not be happier for her,” she added.

The silver medalist said she’s been talking to Simone Biles every day since Biles withdrew from earlier competitions.

Biles said that she had been struggling with mental health issues due to an immense amount of pressure to perform and lead her team to gold.

Since withdrawing from competition, Biles has received an outpouring of support from fellow gymnasts and fans while working to conquer her “twisties” diagnosis. The star athlete was seen in one video posted on social media practicing on the bars before dismounting and landing on her back.

Biles’ performance on the beam is set for 1:50 a.m. PT on Tuesday, Aug. 3 during the last session of event finals, which also includes the men’s parallel bars and high bar.

The session, beginning at 1 a.m. ET, can be streamed live on NBCOlympics.com and in the NBC Sports App (STREAM LIVE HERE), and will be replayed in primetime on NBC (Aug. 3, 5 p.m. ET; STREAM HERE).

The 24-year-old reigning Olympic champion wrote the tweet on Wednesday night, following her withdrawal from key gymnastics events this week.