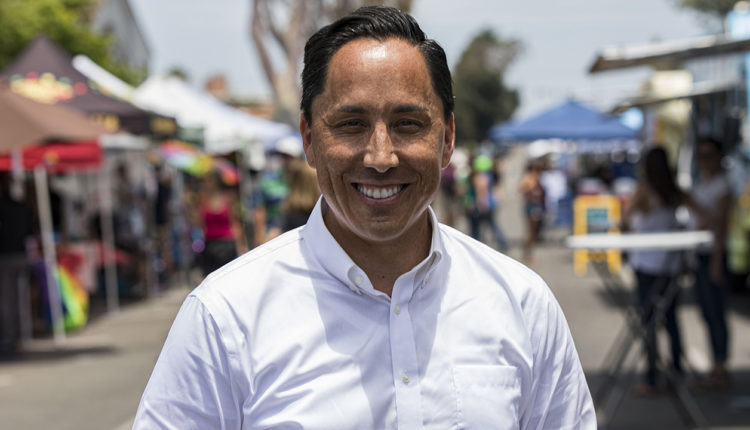 Authorities in San Diego have arrested a man suspected of opening fire as a crowd protested Monday evening outside Mayor Todd Gloria’s home, according to reports.

Police said a crowd gathered outside the mayor’s Mission Hills house around 8:20 p.m., when the suspect, identified as Lonnie Crawford, allegedly swerved his truck toward some of the protesters.

“He swerves, and basically tried to play chicken with us, and try to hit us,” a witness, identified as Dan, told San Diego’s KGTV-TV.

Crawford is also suspected of firing a gun outside the home, though no one was struck by gunfire, according to the station. Witnesses told police that Crawford parked the truck and entered a nearby apartment building – before coming out and firing at least one shot in the air.

“This man is shouting ‘I’m going to shoot you in your face,’ repeatedly with a gun in his hand. And people couldn’t even get up to their cars because their car is past where he is,” said activist Tasha Williamson, who organized the demonstration, which called for improving the rights of San Diego’s homeless population.

Williamson claimed that Crawford decided to open fire because he believed he had “that White privilege,” according to FOX 5 San Diego.

“The man yesterday shot because he thought he had that White privilege,” Williamson alleged. “That he could go into his home, retrieve a gun for people who were peaceful, who were not armed, who had not damaged his property, his home. We’re not even trying to get to him.”

“The man yesterday shot because he thought he had that White privilege.”

Police responded to the scene and witnesses were able to positively identify Crawford as the alleged shooter, KGTV-TV reported.

He was taken into custody and faces multiple charges, including assault with a deadly weapon, illegal discharge of a firearm, and making a deadly threat, police said.

On Tuesday, the mayor released a statement to FOX 5 of San Diego following the incident.

“All San Diegans have a constitutional right to peacefully assemble and protest without fear of being attacked or intimidated,” Gloria said. “Last night’s protest at the apartment building where my family and I live turned violent when a man not associated with the protest senselessly fired a gun. I am grateful for our police department’s quick work that apprehended the suspect who is now in custody and facing multiple felony charges.”