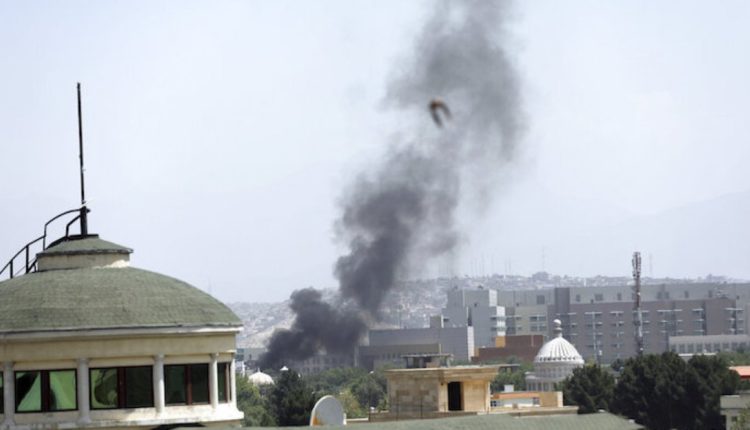 SAN DIEGO (KGTV) — U.S. officials say the evacuation of the American Embassy in Kabul has been completed and the U.S. flag lowered at the facility in Afghanistan’s capital.

“Now we have the same government in power that we kicked out twenty years ago, that’s very ominous for the future of Afghanistan, and the re-emergence of terrorism, the reason for which we went in the first place.”

That is what National Security expert Ron Bee states after watching the Taliban regain control of Afghanistan after 20 years.

“It has been a sort of a bowling ball rolling towards cobble,” shares Bee, “and it hit cobble today.”

So far more than 1,000 troops have been already deployed and others are expected to follow.

Experts in San Diego say that things are difficult at the moment, especially in evacuating, as the Taliban has already taken over border control. Experts like Bee believe it will only worsen as time goes on.

Kendro says that while many in the Armed Forces might feel defeated, lives lost are not in vain, “We know as veterans we know that even though for those 20 years and unfortunately probably wasting trillions of dollars, we know we probably prevented another 9/11 here in the United States for the last twenty years. “

Bee says that the US removing troops after 20 years, could have been planned differently, yet he believes needed to happen, “Don’t get me wrong that’s a long time for anywhere, but if the Afghan people can’t stand up to the Taliban themselves, one has to ask, how long do we stay?”

Kendro, who has served in San Diego, says it is likely San Diego Troops are already there, or on the way, as they work to evacuate as many as they can, “The fact that we have forces over there, force and readiness that is off the Indian Coast, there is probably people from San Diego on helicopters on V-22’s, whatever assets they are bringing in to help people out. Hopefully we will get them all back safely,” said Kendro, “because regardless of what someone said recently, this is probably going to be a combat zone with shots being thrown back and forth.”

Bee agrees that while our troops may be able to enter, fleeing safely is a different story.

“It’s going to be extremely difficult because most of the service men and women have made contacts and friendships and relationships with the Afghan people especially in the Capitol. And the chaos of trying to get out, not all are going to get out quickly…War is hell and this is actually a war right now in the Capitol.”

“This is a chapter in American history that has been a difficult one, but the major accomplishment we made in Afghanistan was to prevent another 9/11,” shares Bee, “Let’s hope that that accomplishment stands.”