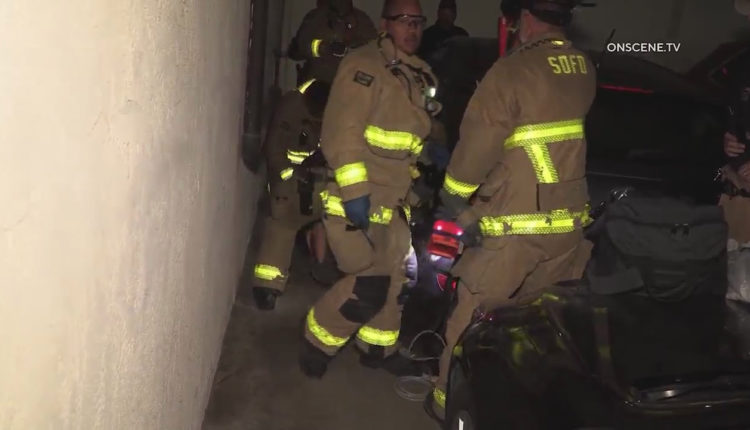 SAN DIEGO — A man who was trapped under a car Sunday morning in Grantville was rescued and then arrested after being accused of vandalism.

The San Diego Police Department said they responded to a report at around 6 a.m. of a person injured calling for help at 6200 Rancho Mission Road. When they arrived at the location, authorities found a man trapped underneath a car parked in a woman’s car port.

Search to continue for possible missing swimmer in Carlsbad

“I heard somebody screaming ‘Help, help, help!’” witness Cindy Morton told an OnScene.TV photographer. “And I came out on my patio and he’s still screaming help, and I said I’m coming, ran down, came out here and found the man underneath the car. He was trapped. He said he can’t breathe, lift the car, so I called 911.”

Morton said officers thought the suspect was stealing a catalytic converter from the car that caused the jack to slip, but police didn’t confirm it. However, SDPD did say the man would be charged for vandalism once he is discharged from the hospital.