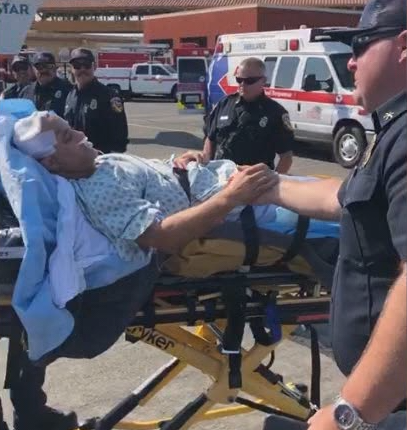 According to Captain Thomas Chute of San Diego, California, the injuries continued around 1 am on August 7.

According to Mr. Chute, the fire brigade captain was seriously injured and stayed in the hospital until Friday and returned to Southern California to continue treatment near his family. His injury requires continuous rehabilitation, but he is expected to recover.

Three firefighters from Rainbow Crew 5, a Firefighter in Calfire San Diego, were taken to the hospital and released within a day.

“The injured CalFire captain and firefighters are back with their families and thank everyone for their love and support,” said Shoots.