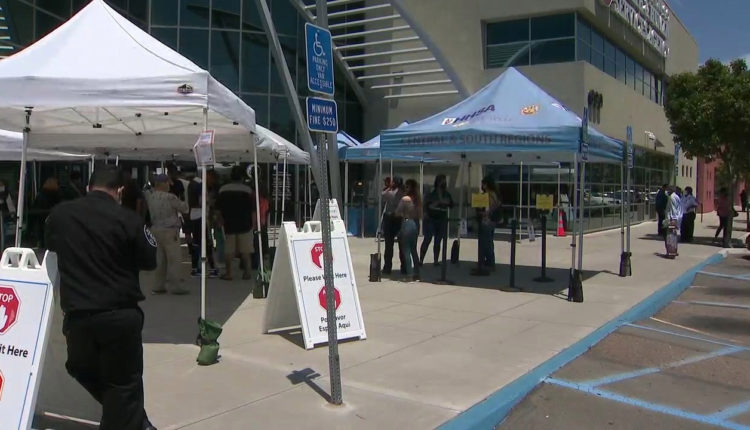 CHULA VISTA, Calif. – For nearly 3 months, people 12-and-up have been eligible for the COVID-19 vaccine, but San Diego County is seeing a boost in residents heading out to finally get their shot this month.

“In my case, it was just transportation,” Daniel Correa told FOX 5 at a vaccination site Thursday. “I just now have a car, so easier to come.”

That’s one reason, but he said something else was on his mind too: the delta variant.

“Oh yeah, I’ve heard it’s starting to spike a lot,” Correa said. “People are getting scared, so they’re pushing to get one.”

Here in San Diego, the spike hasn’t been quite as significant, but county health officials report a bump of about 9%. As of Wednesday, 70% of residents age 12 and older were fully vaccinated.

“I’m going to get the vaccine because I have to take it for college,” said Hector Rosas, another recipient Thursday who is getting ready to go to University of San Diego. “I didn’t really want to take it, but I think it will be easier because I might need it to sleep in a dorm room.”

For those interested in getting a vaccine, many of the county locations no longer require appointments. For more information visit the county’s website.