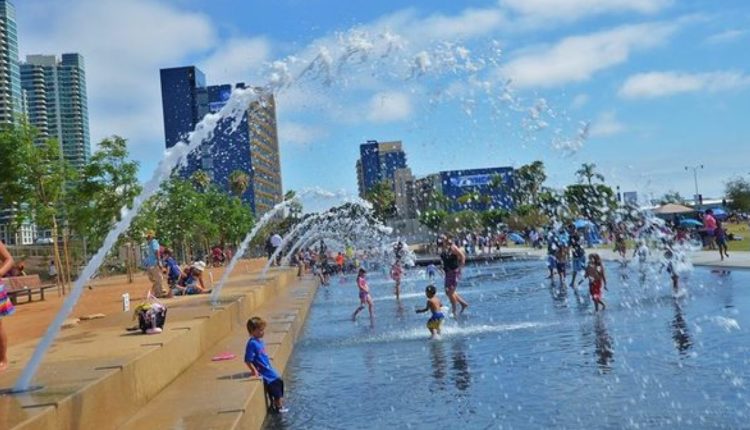 SAN DIEGO (KGTV) — While California has not imposed drought-related restrictions for the San Diego region, county officials believe they are well prepared in the event the county is told to conserve water or reduce water use.

As of July 8, Gov. Gavin Newsom has declared drought emergencies in 50 of the state’s 58 counties due to the dry conditions impacting California and with the hot summer months approaching.

The July update of the California Drought Map shows much of the state in the “Severe Drought” or “Extreme Drought” category.

Several California counties with large populations, including Los Angeles and Orange counties, are among those in the “Severe” or “Extreme,” but almost all of San Diego County sits in the second-lowest designation of “Moderate Drought.”

Heading into the summer, it remains possible for San Diego County to move up in drought intensity, but county spokesperson Michael Workman said that the county could move forward without much obstruction if that were to happen.

“We’re in good shape. We haven’t built anything new that uses a lot of water,” said Workman.

When drought-related restrictions were in place several years ago, Workman said the county did its part to conserve, but it also laid the groundwork for any future mandates by implementing water-saving initiatives.

For instance, the county reduced irrigation and overall water usage at its parks (including the popular Waterfront Park with its fountains and splash pads), installation of synthetic grass on new ballfields, and put in drought-tolerant or “xeriscape” landscaping, which requires little or no irrigation or other maintenance.

Additionally, low-flow or waterless toilets have been in use at county buildings and the county has continued to seek out and use reclaimed water when possible.

It’s that kind of forward-thinking that Workman said has left San Diego County in a good place in dealing with a drought in the region.

“We’ve done as much as we can in preparation, and we’ve adopted a lot when it comes to conservation. It’s really become a mindset,” Workman said.