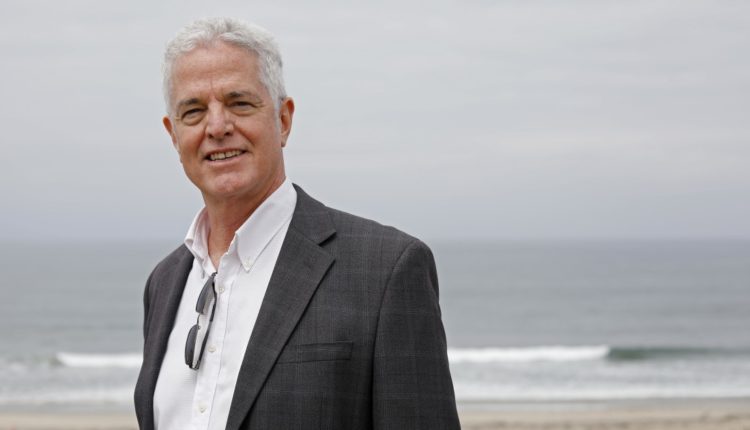 “Give me liberty or give me death.”

“I regret that I have but one life to give for my country.”

John Fanestil knew these words had to be more than catchy slogans from our history books.

His curiosity was compounded by his own book published in 2006 about the “happy death” movement of the 18th and 19th centuries, in which the act of dying was embraced more as a completion of life, rather than something to dread.

“Because of that prior work, I had always been intrigued by so much of the rhetoric of the American Revolution that had to do with confronting the reality of death,” Fanestil says.

What compelled so many young, mostly Protestant, men to passionately pledge their lives for the cause of the American Revolution? Was there something in their upbringing that inspired this commitment to fight to their death? Was there a religious connection?

It became an itch, he says, that he had to scratch.

And so 10 years ago, at the age of 50, the United Methodist clergyman, Rhodes scholar and La Mesa resident enrolled at the University of Southern California to get a doctorate in history.

He came away with the degree — and a new book. Released last month, “One Life to Give: Martyrdom and the Making of the American Revolution” (Fortress Press) lays out how these colonists became wanna-be martyrs in a revolution that was for them nothing short of a holy war.

They were convinced, he writes, “that the most dramatic expression of fully realized virtue was to offer one’s life self-sacrificially in the pursuit of a sacred cause.” From the passionate to the more cautious, they were united in a resolve, as George Washington put it in his general orders to the Continental Army, “to conquer or die.”

But this conviction, this heady combination of piety and absolutism, also can be a cautionary tale. Such zeal can lead us to act in ways than are less than godly. It is, says Fanestil, a “double-edged sword” that we continue to wrestle with today.

Fanestil began his research by looking at what children were reading back then.

“I really tried to immerse myself in how children, especially young boys, were raised in the generations leading up to the American Revolution and what we can learn about this catechism, or spiritual foundation,” he says.

What he discovered was among the most popular books coming off the printing press — besides the King James version of the Bible — were ones about heroic deaths. John Foxe’s “Book of Martyrs” contained story after story of Christians who were burned at the stake, strung up at the gallows and battered with arrows. James Janeway’s “A Token for Children” told of children who died holy, joyful deaths. Even the primer used to teach children to read was filled with sayings like “time cuts down all both great and small.”

Add to this the fact that life spans in the 1700s were considerably shorter than they are today and the result is an environment in which “there was no more important task in life than the task of confronting death.”

These young martyrs in training found the perfect holy war in the American Revolution.

Fanestil begins and ends his book with the story of one such martyr, Nathan Hale. The 21-year-old colonial spy was captured and hanged by the British — but not before his famous “one life to give” speech that he is said to have fervently imparted just before his execution. (It should be noted here that there is no written record of his exact words and some accounts quote him slightly differently: “I only regret, that I have but one life to lose for my country.”)

Hale was a devout Puritan Protestant — a Christian movement borne out of resistance against the established church. For young men like Hale, “to die as American patriots at war with a tyrannical king was a supreme honor and a sign of fully realized masculine virtue.”

Fanestil argues that this fascination with martyrdom lives with us still. “I believe it to be characteristic of the American spirit,” he says.

And that can be both good and bad.

“On the one hand, it helps us to understand a great deal about American heroism,” he says. It explains why we celebrate people who are willing to risk their lives for us — from soldiers who run into combat to save their buddies to the firefighters of 9/11 who ran into the towers to rescue strangers.

Fanestil finished “One Life to Give” before November’s tumultuous presidential election results and the storming of the Capitol on Jan. 6. Still, he hopes the book inspires us to look closely at our motives whenever we face confrontation and resistance.

“Reframing the telling of the American Revolution in these terms invites us to reexamine ourselves,” he writes. “This cultural inheritance has armed us, in moral and spiritual terms, with a double-edged sword. This inheritance can inspire a profound sense of purpose and destiny, imbued with the dimension of the divine. It can render us, as Americans, capable of extraordinary sacrifice for causes greater than ourselves.”

Then, as if giving a sermon, he adds this: “It also predisposes us to absolutize our every cause and to demonize our every perceived enemy.”

A San Diego native, Fanestil has served at several local Methodist churches over the years. He’s currently the executive director of a cross-border organization called Via International. Since the book’s release, he’s also been busy giving talks virtually and in person. This coming Saturday at 9 a.m., he’ll be at First United Methodist Church of La Mesa, 4690 Palm Ave. At 11:30 a.m. Sept. 26, he’ll be at La Jolla United Methodist Church, 6063 La Jolla Blvd.

He’s also started a blog on his website, johnfanestil.com, to try to “connect this ancient tradition to current events.”

One blog dissected the impromptu invocation that QAnon Shaman Jacob Chansley delivered during the Jan. 6 insurrection. Despite his outlandish garb, which included horns and a bearskin headdress, Fanestil contends that Chansley gave a rather coherent prayer, “rooted in a distinctly American variation of ‘providentialism,’ a theology or worldview holding that human history is directed absolutely by God’s all-encompassing will … and that the United States sits at the center of God’s providential plan.”

Chansley, meanwhile, reportedly has accepted a plea deal and faces up to 51 months in prison. One news service quoted his attorney as saying his client suffers from mental health issues, including “believing that he was indeed related directly to Jesus and Buddha.”

The eyes of history

Let’s get back to that double-edged sword.

How do we know whether we are on the wrong side or the right side of history? Whether it’s heroism or extremism? Is it martyrdom or tragically misguided? Fanestil shakes his head.

“I would just say that it should give us caution — in religious language, to pray deeply, or in secular language, to think twice — before acting. And to have some degree of humility and caution about the causes that we declare to be holy.”

In “Hamilton,” Lin-Manuel Miranda’s phenomenally popular Broadway play about our American Revolution, there is a song about how history has its eyes on us. Fanestil reminds us we ignore that history at our own peril.

Dolbee is the former religion and ethics editor of The San Diego Union-Tribune and former president of Religion News Association. Email: sandidolbeecolumns@gmail.com