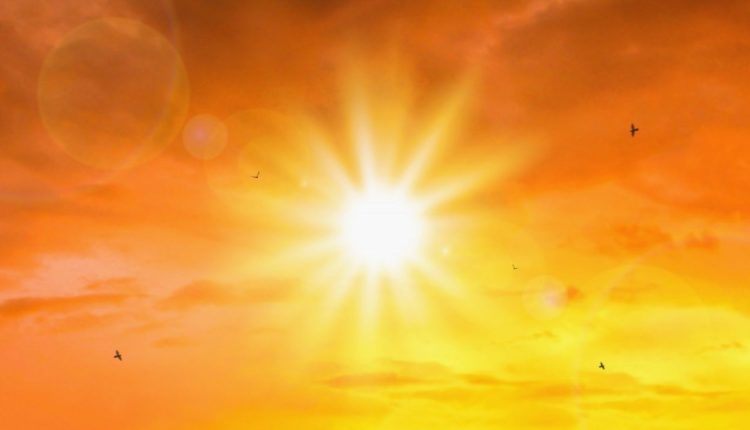 The low clouds cleared quickly over land, with only a few lingering clouds along the beaches as of 9 a.m.

A lack of moisture was predicted to prevent thunderstorms from developing Sunday, though some spotty cumulus clouds were still expected over the mountains.

Building high pressure was expected to lead to rising temperatures and a shrinking marine layer through the middle of the week, with coastal low clouds becoming less likely the next few nights, the NWS said.

Heat was predicted to peak Tuesday and Wednesday before gradually cooling later on. Forecasters said no monsoon activity was expected this week.

At area beaches, a couple of south swells, 2-3 feet, were predicted to bring some elevated surf and high rip currents to the more southerly facing beaches Monday through Wednesday. Maximum surf was likely to be 5-6 feet.