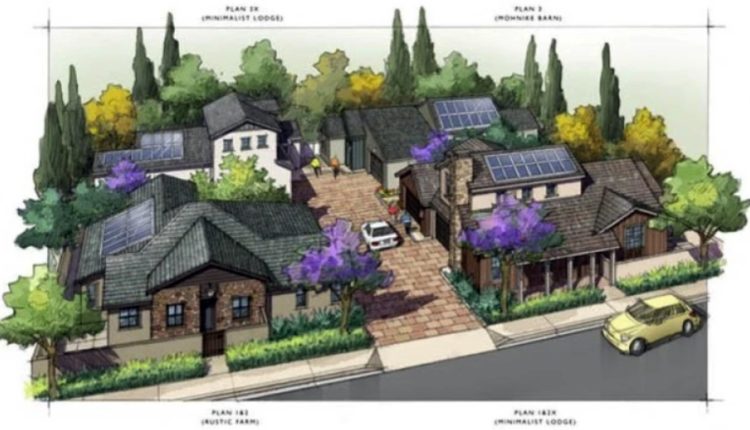 A lawsuit filed by a well-organized group of Rancho Peñasquitos residents will test San Diego’s plan to help solve its housing crisis with dense developments in suburban areas.

The suit, which seeks to block construction of the 536-unit Junipers project on the defunct DoubleTree Golf Course, claims the city failed to properly analyze the project’s impact on traffic, fire safety, community character and other issues.

Residents raised their concerns during the council hearing, but the council unanimously approved The Junipers with one caveat: developer Lennar Homes must build a special emergency evacuation route before residents can move in.

The Junipers is a key project in the city’s plan to add dense developments on the edges of suburban, mostly single-family neighborhoods. The goal is to add much-needed housing without damaging community character.

But the residents, who call themselves the Peñasquitos-Northeast Action Group, say the city is taking the plan too far by allowing what they call excessive development in an area with limited access in and out.

Compounding the problem, the residents say, is the proximity of two other new projects: the nearly complete, 601-unit Pacific Village and the 331-unit Millennium PQ, which is under construction.

The lawsuit challenges the council’s approval of an environmental impact report for the project required under state law. The suit says the city failed to consider all the impacts and didn’t properly analyze possible mitigation efforts.

A key issue for the residents is fire safety. They stress that the area has been evacuated at least five times in the last 20 years, including during the 2003 and 2007 wildfires.

Residents say The Junipers would clog nearby roadways and make it impossible for residents to evacuate quickly from one of the city’s most wildfire-prone areas.

Lennar officials said during the council hearing that its evacuation and fire protection plan for the area is sound.

They say The Junipers includes three points of emergency ingress and egress, noting that residents would be able to head south through The Junipers to access Carmel Mountain Road if Peñasquitos Drive is closed during an emergency.

They also tout an emergency exit at the end of Andorra Way, where they plan to remove bollards. But the residents say the road is too narrow for two-way traffic, preventing evacuations if fire engines are coming into the site.

The separate evacuation route required by the council would be in this location.

While it is rare for lawsuits filed on environmental grounds to successfully block housing projects, this case could be different because the fire safety concerns take it to another level, said Everett Delano, the attorney who filed the suit on behalf of the residents.

Council members and the developer have described The Junipers as a model project, contending it will provide much-needed housing in addition to parks and trails.

The Junipers will include 455 market-rate units and 81 subsidized units with rent restrictions that will be reserved for people aged 55 and up.

Residents say that the three projects would add 3,000 more car trips per day to the mostly suburban area, more than doubling the current 2,800.

A spokeswoman for City Attorney Mara Elliott said Elliott hasn’t yet been served with the suit, which was filed in San Diego Superior Court Aug. 5. The spokeswoman said that once Elliott is served, the city will review the suit and respond through the courts.