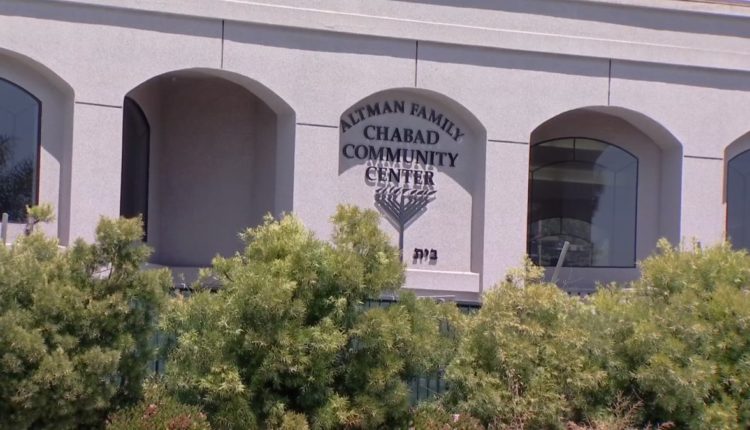 A former college student admitted Tuesday that he fired an assault rifle inside a synagogue filled with worshipers during Passover in 2019, killing one woman and injuring three others, because of his “hatred for Jews.”

John T. Earnest, now 22, was wearing a green prison jumpsuit and a face mask as he pleaded guilty to all charges of murder and attempted murder, with hate crime classifications, in connection with the attack at the Chabad of Poway in San Diego’s North County on April 27, 2019.

Earnest also pleaded guilty to a charge of arson in connection with a fire at the Dar-ul-Arqam Mosque, also known as the Islamic Center of Escondido, on March 24, 2019. He admitted to setting fire to the North County mosque “for purposes of terrorizing worshippers.”

The guilty pleas come with a sentence of life without parole, plus an additional 121 years to life and another 16 years, guaranteeing “[you] will spend the rest of your natural life in prison,” the judge told the gunman on Tuesday. He is expected to be sentenced on Sept. 30.

In addition, federal prosecutors are still pursuing charges against Earnest for more than 100 hate-crime-related counts. He could face the death penalty in the federal case.

The county district attorney’s office issued a statement after the plea change, which read, in part:

“After consulting with the Kaye family and the many victims impacted by the shooting, the decision to accept a plea of life in prison was made in the interest of justice and with the knowledge that a parallel prosecution by the U.S. Attorney’s Office and possible plea in that case would prevent the state’s case from moving forward.”

It was not clear why Earnest changed his plea. An attorney for the defendant left without comment.

The former Cal State San Marcos student and Rancho Penasquitos resident carried out the shooting on the last day of Passover. Two bullets struck 60-year-old Lori Gilbert Kaye, who was at the temple with her husband and daughter to honor her mother, who had recently died. Kaye was killed in the shooting.

These Are the Victims of the Poway Synagogue Shooting

Aftermath of the Poway Synagogue Shooting

The congregation’s rabbi, Yisroel Goldstein, was shot in both hands and lost a finger, and two other people — Almog Peretz and his niece, 8-year-old Noya Dahan — were also injured.

The guilty plea came before a trial could begin but much of the evidence that would have been used to connect Earnest to the crimes was presented in preliminary hearings, like a recording of a 911 call the suspect made minutes after allegedly fleeing the scene of the synagogue shooting.

A suspected gunman calmly speaks with CHP dispatch after he allegedly opened fire on congregants at the Chabad of Poway in April. The 911 call was played in court.

On the call, Earnest can be heard telling a dispatcher he committed the shooting because Jewish people were destroying the white race.

“They’re destroying our people. I’m trying to show them that we’re not going to go down without a fight,” Earnest is heard saying on the recording. “… I’m defending my nation against the Jewish people, who are trying to destroy all white people.”

San Diego police Officer Jonathan Wiese testified that he sped north on Interstate 15 at about 130 mph as reports of a shooting in suburban Poway came in over his radio. It took him just under 10 minutes to find Earnest alone and arrest him.

During the preliminary hearings, Peretz described coming face-to-face with the shooter.

“There was smoke,” Peretz said. “The smoke disappeared. I saw his face and recognized his face quickly. He was standing like this with his weapon like a soldier.”

Peretz scooped up nearly a dozen children to escape the shooter before he realized he and his niece were injured.

A witness in the synagogue shooting hopes his experience will shine a light on the long-lasting mental pain of surviving a tragedy. NBC 7’s Danny Freeman has more.

Oscar Stewart, an electrician and former servicemember, spoke about confronting Earnest — for reasons he still can’t explain, perhaps “a sense of duty” — as shots rang from the lobby.

As the gunman struggled to reload, Stewart said he relied on combat training to try to distract him from his plan of attack.

“I told him I was going to kill him,” said Stewart, who served in the Persian Gulf War as a Navy bomb-disposal expert, joined the Army after the 9/11 attacks and fought in Iraq for 13 months. “I screamed it out really loud. I kept screaming at him.”

Then, off-duty U.S. Customs and Border Protection officer Jonathan Morales, who was at the service, said from behind that he had a gun. The agent fired about five shots as the gunman drove away erratically, “like, pedal to the floor.”

Stewart and Morales were honored as heroes by President Donald Trump for their actions that day.

The day before the synagogue shooting, Earnest bought a Smith & Wesson AR-15 rifle from a San Diego gun shop, according to federal charges. Officials have said he bought the gun legally.

In his plea change, Earnest also admitted to setting fire to the Dar-ul-Arqam Mosque in March 2019. That attack happened a few weeks prior to the shooting at the synagogue. At the time Earnest set fire to the mosque, prosecutors said, seven people were inside, on a spiritual retreat. The victims were sleeping and woke up to flames but were able to put out the fire.

Outside the mosque, investigators said, Earnest had scrawled the name of a man accused of shootings at two mosques in New Zealand in 2019, which killed 51 people.

See a timeline of events from the Escondido mosque fire in March 2019 to the FBI’s investigation and more, here.

NBC 7’s Steven Luke in Tokyo: What It’s Like Before the Olympics – NBC San Diego