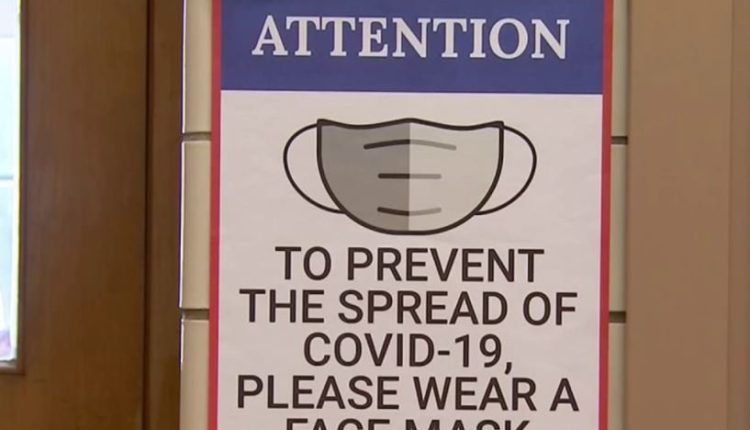 Flyers posted next to sliding automatic doors at store entrances are what COVID public health enforcement looks like these days. The signs tell you to mask up if you’re not vaccinated. It’s essentially an honor system, but is that system really working?

NBC 7 went inside some of San Diego County’s most trafficked grocery stores. All have signs posted on their doors telling customers to mask up if they’re unvaccinated.

The majority of shoppers went mask-free. About a third of shoppers opted to cover up. In the South Bay, even more shoppers – about half – wore masks, but some say it raises a question: Do we really know if unvaccinated people are masking up?

“I think most people are being honest but I don’t think that’s everyone,” Harry Werner said, but he admits his sense of safety varies from place to place. “The larger the crowd the more I think people aren’t vaccinated and just rolling with the crowd.”

“I don’t think anyone is being honest, to be honest,” South Bay mother of two Anne Castillo said. “I think there’s a lot of dishonest people out that were ready to unmask and took the opportunity as soon as they could.”

And when Castillo does see shoppers wearing masks, she feels those folks probably got the vaccine.

“I know those are the communities or that population that are extra careful.”

Masking does two things, according to UC San Diego Hospital Epidemiologist Dr. Francesca Torriani. It protects others and it protects you.

“Indoor places are the ones that are most at risk for us to contract disease if we are susceptible to it,” Torriani explained.

In fact, it was at an indoor San Diego restaurant and bar where fully-vaccinated Erica Castillo caught COVID.

“I am absolutely frustrated,” Castillo said. “I am worried for everyone whether you’re vaccinated or not.”

If not for the vaccine and antibody treatment, Castillo believes she would be in the hospital.

COVID has hit her entire family hard. The 37-year-old lost her father, a frontline healthcare worker, to COVID long-hauler symptoms. Which is why Castillo said if you don’t want to get a shot, the least you can do is cover up.

Now we’ve been talking about indoor settings, so it’s important to mention this reminder: The CDC said it’s generally safe to not wear a mask outdoors, even if you’re unvaccinated. However, if you are in a large gathering or crowded setting, the CDC says you need to mask up.