NBC 7’s Steven Luke in Tokyo: What It’s Like Before the Olympics – NBC San Diego 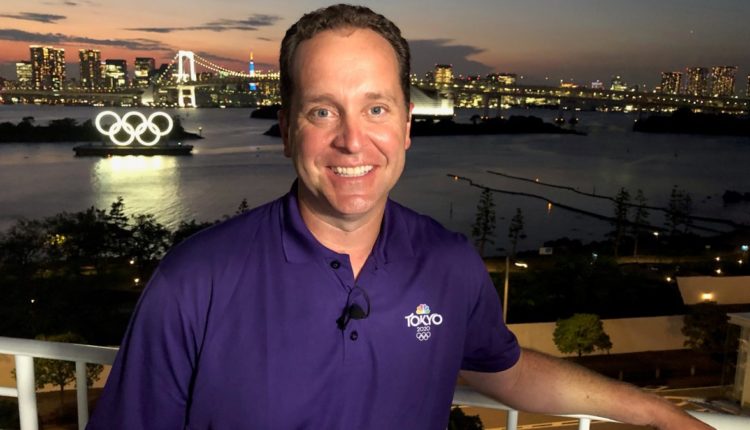 From masks and bus rides, hotel quarantine to some personal essentials, here’s a look at how NBC 7 News Today anchor Steven Luke is traveling around Tokyo as he gears up to cover the Olympics.

The Olympics are back! Sign up for our Olympics newsletter to get the latest news from the Tokyo games in your inbox.

As he arrived in Tokyo over the weekend, Luke was required to quarantine.

He’s allowed to leave the hotel for quick, 15-minute trips to get essentials or aboard a pre-approved media bus.

NBC 7’s Steven Luke arrive in Tokyo ahead of the Olympics.

For those outings, Luke said he always brings along five essentials:

During one of his 15-minute outings, Luke sprinted to a nearby Starbucks. It was a literal coffee run — or the “Quarantine Olympic Dash” — as you can see here:

Also, Luke noted, air high fives will have to do in Tokyo this time around.

NBC 7 will follow all of Luke’s coverage from Tokyo.

NBC 7 has full coverage of the Tokyo Olympics here from July 23 through Aug. 8.

So, he knows a thing or two about making his way around the Olympic zones though, he notes, Tokyo – with the global pandemic still happening – is already unlike any Olympics he’s ever covered.

For another layer of Tokyo Olympics coverage, check out Luke’s Olympic Dreams: San Diego to Tokyo podcast where he sat down with many Team USA athletes training for their chance at gold including skateboarder Heimana Reynolds, long jumper Brittney Reese, and water polo star Jesse Smith.

Listen/Subscribe to NBC 7’s Olympic Dreams: San Diego to Tokyo podcast wherever you enjoy listening to podcasts. On each episode, NBC 7 News Today anchor Steven Luke will sit down with athletes in their prime, each with their sights set on one thing: representing Team USA in Tokyo this summer. How will they achieve their Olympic dreams?

Visitors to Tokyo may be surprised to see a Statue of Liberty in Odaiba Bay. Here’s how it ended up there.

Take a look at the Olympic Village where athletes are staying for the Tokyo Olympics, as observed from Tokyo Bay.

In the middle of the bustling International Broadcast Center sits what looks like a little house decorated with Japanese flowers. It’s called “Ikebana,” and here’s what it’s used for.

Our Fernando Hurtado is in Tokyo, Japan for the Olympics, but media members are still under a mandatory 14-day quarantine for all recent travelers. So how do you tell the stories of Tokyo and the Olympic Games with only 15 minutes outside of quarantine per day?

Olympic rings-colored chopsticks, ties, crispy rice snacks and, of course, face masks — these are just some of the things one will find inside an official Tokyo 2020 store at the International Broadcast Center.