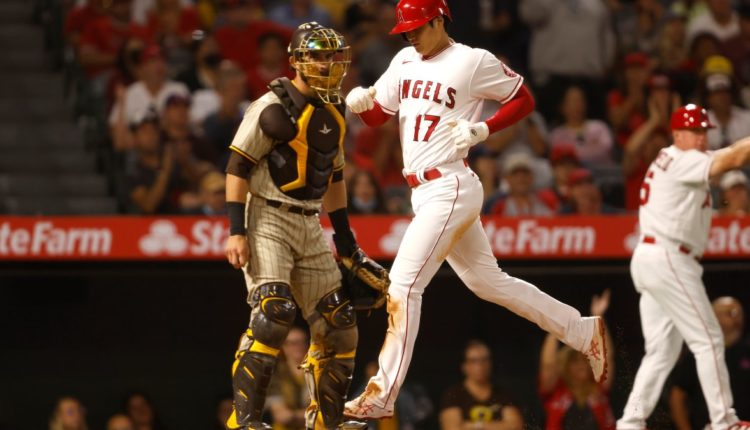 Let’s try and make this as quick and painless as possible.

After letting pitching coach Larry Rothschild go the hope was the Padres starting rotation would start living up to expectations. While Blake Snell was fabulous and Joe Musgrove tossed a shutout, Ryan Weathers is still a work in progress.

Weathers only lasted 3.0 innings, allowing four runs on a pair of homers, and the gassed Padres bullpen showed signs that the wear and tear is taking its toll in a 10-2 loss to the Angels.

Weathers allowed homers to Jared Walsh and the light-hitting Jack Mayfield. The only strikeout he recorded came when he hit Shohei Ohtani in the hand with a high fastball but since Ohtani was swinging at the pitch the rulebook says that’s strike three.

The only scoring for the Padres came in the 4th inning. Eric Hosmer singled to bring in Tommy Pham and Austin Nola singled home Hosmer that, at the time, make it a 3-2 game.

After Weathers left, however, Pierce Johnson, Austin Adams and Tim Hill all gave up multiple runs.

The good news is the Reds also lost so the Friars remain 2.0 games behind Cincinnati for the final National League Wild Card spot. San Diego gets a rare Sunday off before starting a 3-game set in Arizona on Monday, which leads us to possibly more good news:

Starting pitcher Chris Paddack is expected to come off the Injured List during the series. Paddack has been out of the rotation for almost a month after suffering an oblique injury.