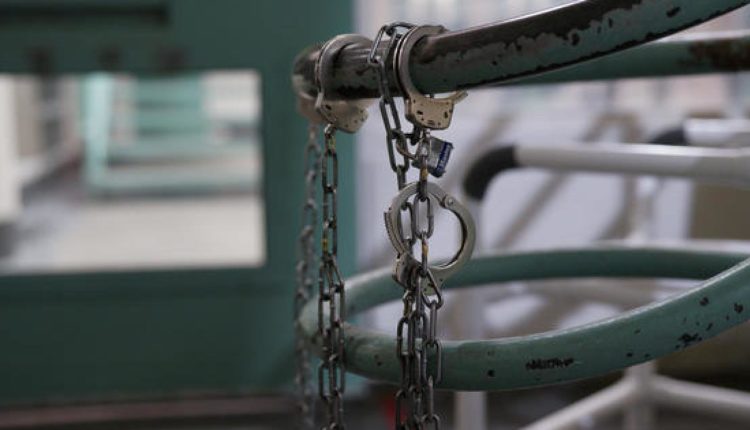 Miller is co-founder of the North County Equity and Justice Coalition and its “Saving Lives in Custody” campaign. He lives in Escondido.

All too often, public figures are patting themselves on the back for the labor of grassroots organizations that remain anonymous and unacknowledged in the parade of public accolade. The serious grassroots organizers are not interested in the publicity per se, but taking credit for their hard work is a shameful act of social injustice.

A May article in The San Diego Union-Tribune headlined “San Diego-area lawmakers file joint request for state audit of county jail deaths” and an update this month that the audit would proceed caught my eye. Several activists and organizations contacted me in horror that the work of the community’s request for the audit was not mentioned at all. So here is our story.

The North County Equity and Justice Coalition (NCEJC) initiated the “Saving Lives in Custody” (SLIC) campaign in mid- to late 2020, demanding that the Citizens’ Law Enforcement Review Board (CLERB) take a serious look at complaints of wrongful/mysterious circumstances of “in-custody deaths” in San Diego County, simultaneously lobbying the San Diego County Board of Supervisors concerning SLIC and support for a state audit.

We provide this platform for community commentary free of charge. Thank you to all the Union-Tribune subscribers whose support makes our journalism possible. If you are not a subscriber, please consider becoming one today.

In October, using an investigative report by journalist Kelly Davis on San Diego’s rate of jail deaths as our inspiration, we began urging the community to attend local meetings to support a statewide investigation into San Diego County’s in-custody death rate by submitting a request to the Joint Legislative Audit Committee (JLAC).

After the persistence of SLIC campaign members attending monthly CLERB meetings, CLERB reversed its findings in February, about complaints a sheriff’s deputy violated deputy policies in the in-custody death of Elisa Serna, from “not sustained” to “sustained,” due to public pressure at CLERB meetings.

Paul Parker, CLERB’s executive officer, has been one of our main allies since early in our discussions on reform and accountability. The NCEJC held a law enforcement review town hall on March 23 to address many concerns of the community dealing with Homeless Outreach Teams, Mobile Crisis Response Teams and providing education to the public on the various CLERB responsibilities and officer misconduct reporting procedures.

Our team’s amazing work was shored up by contributions of affiliated local organizations, such as Showing Up for Racial Justice (SURJ) North County, the Racial Justice Coalition of San Diego (RJCSD), North San Diego County NAACP, and the families of Sergio Wieck, Alfredo Olango, Dennis Carolino and Fermin Vincent Valenzuela and others who relayed tragic stories such as the loss of Jonathon Coronel at the hands of sheriff’s deputies on the streets of Vista, and in-custody deaths of Serna and Earl McNeil. Asking the hard questions in support of our campaign were families and the wider community of veteran community activists, Tasha Williamson, Dr. Darwin Fishman, Buki Domingos and Dave Myers.

Only afterwards was the San Diego County Democratic Party introduced to our campaign via our colleagues and members of its body. Upon hearing of the campaign’s advancements without us, we requested a meeting with Assemblymember Akilah Weber’s staff to set the record straight about SLIC as the originators of the audit initiative, and to express our wish to contribute to the JLAC process.

We were offered one of the two in-person testimony slots at the JLAC hearing on June 30, so we invited Paloma Serna, the mother of Eliza Serna to testify. All other testimonies were to be submitted via email or regular mail for the record.

In preparation, we began organizing write-in testimonies from throughout San Diego County. We advertised for affected families and friends who have lost loved ones in custody to write in support of the audit. The hearing concluded that day with the audit authorized, to the tearful joy of family and friends.

Reclaiming our campaign — which has grown beyond our local San Diego activist circles and reached the state Assembly but traveled without the campaign originators — was critical. Maybe this was an oversight, but it is extremely frustrating that grassroots organizations in the past have frequently been omitted and/or sidelined as others take credit to promote their own political aspirations.

I recall the San Diego politicians celebrating the ban on neck restraints throughout the city and county in 2020, after the murder of George Floyd, but the RJCSD had been fighting for the “I Can’t Breathe” campaign since 2017, to end the carotid restraint or the “Black and Brown chokehold,” as it is known by some community members.

This campaign was expertly lobbied by the RJCSD targeting the San Diego mayor, the chief of police and the City Council for four years with community rallies, marches and social media and mainstream news media.

After the experience of RJCSD, it seems that we are in the beginning stages of deja vu in 2021, with the “Saving Lives In Custody” campaign of NCEJC.