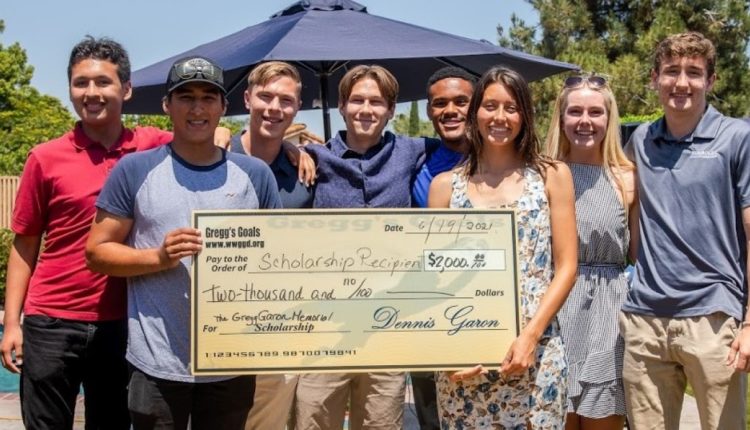 The National Merit Scholarship Corporation has announced its final group of 2021 scholarships, those financed by colleges and universities. A previous group of college-financed scholarships was announced in June. Officials of each sponsor college selected their scholarship winners from among the finalists in the National Merit Scholarship Program who will attend their institution. The college-sponsored awards provide between $500 and $2,000 annually for up to four years of undergraduate study. In North County, the winners are Chandler T. Jiang of San Diego (Canyon Crest Academy) and Maya T. Whiteside of San Diego (Westview High School), each receiving a National Merit University of Southern California Scholarship.

Poway Unified School District Superintendent Marian Kim Phelps has been named the 2021 recipient of the Association of California School Administrators’ prestigious “Exemplary Woman in Education” Award. She was chosen from among nearly 70 female nominees from across the state. The award was created to spotlight women who have demonstrated courageous leadership, a commitment to grow and develop others, advocacy for school administrators, and effective crisis leadership, especially during the pandemic. Phelps has been PUSD superintendent since 2017, previously serving as superintendent of the Westminster School District and area superintendent in the San Diego Unified School District. She was also named 2021 Superintendent of the Year by ACSA’s Region 18 (San Diego and Imperial counties).She will receive her award at ACSA’s Leadership Summit in November in San Francisco.

Sydney Zhang of San Diego, a student at Mesa Verde Middle School in the Poway Unified School District, was recently named as one of 10 finalists in the 2021 3M Young Scientist Challenge. The challenge features innovative ideas from young students using STEM learning. This year’s finalists and honorable mention recipients — 14 students ages 12-14 — focused on an everyday problem in their community or the world and created a one- to two-minute video explaining the science behind their proposed solution. Judges evaluated entries based on creativity, scientific knowledge and effective communication. Sydney’s proposal was for a low-cost, high-sensitivity method for early diagnosis of dry-eye disease. The final competition will take place in October at the 3M Innovation Center in Minneapolis. Visit youngscientistlab.com/challenge.

The San Dieguito Union High School District is hosting a COVID-19 vaccination site from 1 to 5 p.m. Tuesday at San Dieguito High School Academy, 800 Santa Fe Drive, Encinitas, for ages 12 and older. Appointments are recommended, but walk-ins are also welcome. Make an appointment at myturn.ca.gov. Use this access code to register: BFAZYPR6SX.

Two trainees at Hanson Aggregates in San Diego — part of Palomar College’s Diesel Technology program — each received a set of tools valued at $3,900 as they started their new careers. Jack Schwinkendorf, 22, of Rancho Bernardo, and Sayra Martinez, 23, of Valley Center, were recently hired as part of a venture between Palomar College and Project Cornerstone, a local nonprofit. Snap-On Tools contributed by providing two tool boxes filled with Snap-On hand tools at a major discount to Project Cornerstone. As in similar fields, diesel mechanics customarily own the tools that they use on the job. For those starting out, the cost can be a serious barrier to entering the field. Meanwhile, companies that need diesel mechanics are struggling to find workers. Project Cornerstone Executive Director Crystal Howard said her organization’s mission is to promote workforce development in the greater San Diego area. The nonprofit paid for the two tool sets with a grant from San Diego County’s Neighborhood Reinvestment Program, and also paid for a set last month that went to Palomar student Orlando Perez. Martinez and Schwinkendorf will now be in training at Hanson for up to two years. Visit palomar.edu.