Morning Report: Who Can Be Booked in Jail? Who Knows. – Voice of San Diego 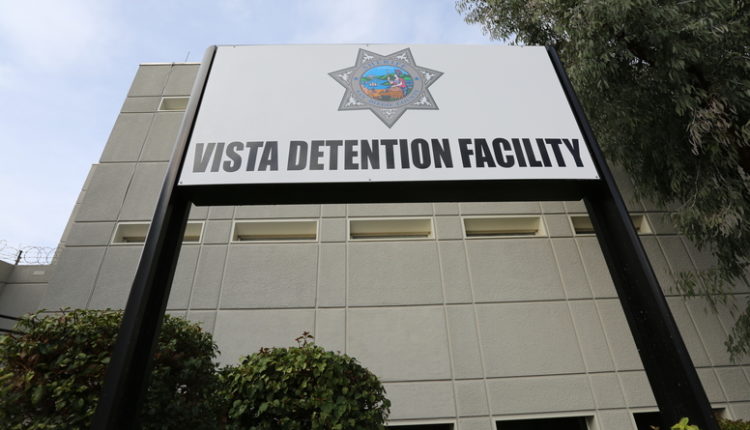 Lisa Halverstadt tried to get a copy of the county’s current policy, but the public version is almost entirely redacted.

Why? The county argues that if would-be criminals know which offenses won’t get them booked, they’ll go out and commit those offenses.

In the meantime, the Sheriff’s Department did reveal recently that San Diego police could resume bookings for all misdemeanors in July, although it said those who are jailed will be swiftly released.

The dramatic drop in the county’s jail population over the last year has played out amid urgent calls for broad policing reforms across the country as well as a lawsuit demanding the sheriff do more to safeguard inmates from COVID-19. There were also state and local directives to remove bail charges for many offenses.

Everyone from NBC News to the New York Times weighed in on a bizarre claim from the San Diego Sheriff’s Department that a trainee had overdosed after handling a substance that might have been fentanyl.

Multiple experts told multiple outlets that an overdose, or any kind of strong reaction, wasn’t really possible in the circumstances the department described.

How did the department handle the serious questions about its claims?

“The Sheriff’s Department said Deputy Faiivae and Corporal Crane were each on vacation; neither could be reached on Saturday,” the Times reported.

Speaking of the Sheriff’s Department …

In response to news that Sheriff Bill Gore would not seek reelection in 2022, a number of high-profile, elected Democrats hurried to endorse Kelly Martinez, the current undersheriff, as his replacement.

Sara Libby reached out to the politicians to ask why they were in such a rush to put their support behind Martinez and only one was willing to talk, Rep. Juan Vargas, whose reasoning offers a window into the thinking of the party’s mainstream.

Vargas said he thinks Martinez would make a good sheriff but he was motivated by a desire to stop Dave Myers, a former sheriff’s captain-turned-activist who’s been a critic of the department, from winning office. Myers ran unsuccessfully against Gore in 2018 but has yet to formally announce a run.

Myers said he was disappointed Vargas hadn’t even discussed the race with him before making an endorsement or calling him names.

The San Diego region’s main water provider called on its residents to voluntarily cut 15 percent of their typical use Friday, following similar pleas by state officials and the governor last month.

“These developments are sobering reminders of the serious conditions facing residents, farms and businesses across the West,” Kerl said in a press release. “In support of regions where water supplies are severely strained, I urge San Diegans to do their part.”

While most of the state plummeted into exceptional drought (which is the worst designation the official drought monitor can give) earlier this summer, San Diego has been one of the few hold-outs as its climate hovers in moderate drought. San Diego County Water Authority announced in late June the region was “drought safe” due to huge investments in developing or purchasing extra supplies.

Water Authority spokesman Mike Lee confirmed the agency is asking for voluntary reductions in solidarity with the rest of the state, not because those previously “drought safe” supplies are now under threat. Those supplies remain “reliable,” Lee said in an email.

Attorneys for the city are urging a San Diego Superior Court judge to dismiss an eviction suit filed by the lenders behind the city’s Civic Center Plaza lease.

The city also argued in a Friday response to the lenders’ July 27 filing that Wilmington Trust, an investment management firm that serves as trustee to investors who supplied upfront cash for the lease, can’t assert its rights under an agreement the city claims is void due to conflict-of-interest allegations. The city is also seeking attorneys’ fees.

It remains unclear what the legal volleys could mean for more than a dozen city departments and about 850 employees who work in the building. The 18-story building now houses the city treasurer’s office, City Attorney Mara Elliott’s office and other city departments.

If the lenders request a trial, state law suggests one should be held within 20 days. The city did not request one in its Friday filing.

The unlawful detainer battle follows the city’s decision early last month to stop making rent payments on Civic Center Plaza after the revelation that onetime volunteer real estate consultant Jason Hughes was paid $9.4 million for his work on the city’s Civic Center and 101 Ash St. lease-to-own deals. Attorneys for the city have since pursued legal actions to try to void both leases.

The Morning Report was written by Jesse Marx, and edited by Sara Libby.