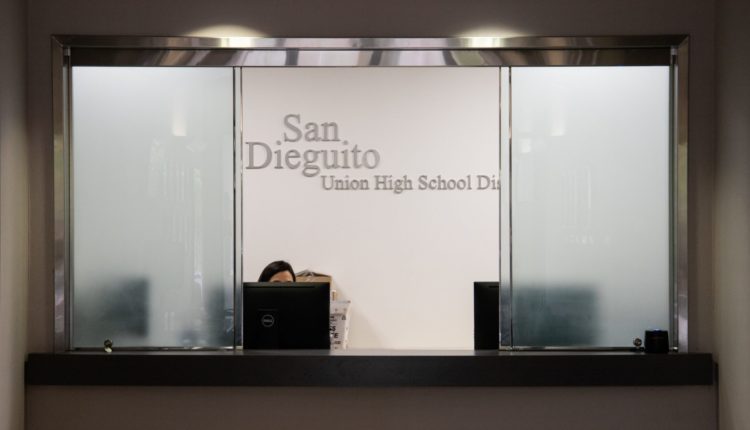 Across San Diego County, multiple school boards have been experiencing turmoil in 2021, reports Will Huntsberry.

In Vista Unified and La Mesa-Spring Valley, racist taunting and threats consumed the work of two school boards. In San Dieguito, union officials hired a private detective to tail a school board member. In Fallbrook Union High School District, parents say the board is in the union’s pocket and are attempting to recall the board president. And in Fallbrook Union Elementary School District, a board president has been removed without explanation.

“Each of these standoffs [in San Diego] traces its origin to bitter debates over reopening during the pandemic – but now that latent reopening energy seems to be spilling over into new school board conflicts,” writes Huntsberry.

In Vista and La Mesa, both incidents started because of heated exchanges over reopening, but ultimately led to racial conflicts. In those cases, White parents publicly chastised board members of color.

But in San Dieguito, the dynamic was different. In that case, union officials representing the mostly White teacher corps of San Dieguito forced out Ty Humes, the first ever Black school board trustee.

Humes is running to regain his seat, while the teacher’s union is trying to force out two other board members.

Update: The city clarified Tuesday that restaurants have until Aug. 2 to remove outdoor structures that it believes are not in compliance with the city’s temporary outdoor business operating permits. Those permits only allow businesses to operate outdoors, on city rights of way, but do not explicitly allow the structures many restaurants erected during the pandemic.

“Business owners are acutely focused on reopening and attracting clientele and the city would like to support these efforts through the month of July,” wrote the city’s director of economic development, Christina Bibler, in a statement to Voice of San Diego.

Family Separations Are Still a Thing

The ACLU of San Diego and Imperial Counties and Jewish Family Services outlined the ways that asylum-seekers are still being separated by border officials. A letter sent to Homeland Security on Tuesday details a number of cases, including the separation of one child with special needs and pregnant women from their partners.

As the Union-Tribune noted, the Biden administration has kept in place a policy allowing border officials to immediately expel people caught crossing the border to either Mexico or their countries of origin. And it did so despite repeated criticisms that the policy causes harm.

The AP also reported that the U.S. Centers for Disease Control and Prevention is expected to issue an order this week about how migrant children are treated under a public health order that has prevented people from seeking asylum at the nation’s borders.

The Morning Report was written by Will Huntsberry and Jesse Marx, and edited by Sara Libby.