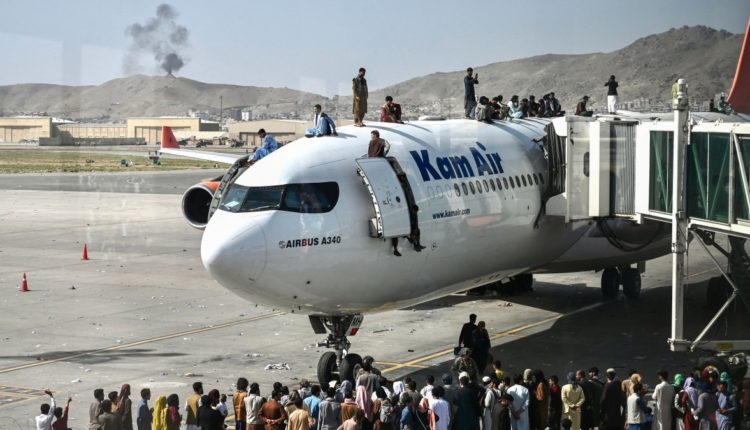 Two Afghan immigrants living in San Diego watched in horror this week from half a world away as Taliban fighters entered the capital city of Kabul, consuming their homeland that they left over 30 years ago with a speed that stunned not only them but also the leaders of the country they now call home.

Struggling to hold back tears, the married couple told NBC 7 that the situation is so sensitive for them, they didn’t want to be identified for fear for their own safety.

The images are hard enough to watch for an American who has never been to Afghanistan but knows how much blood has been shed there in hopes of peace, never mind natives of that country.

Both were born and raised in Afghanistan; neither has gone back since the day they left.

“It’s really tough, because we’ve been out of the country for a long, long time, but Afghanistan is in our hearts,” one of them said. “The people are in our hearts, and they always will be. It doesn’t matter if I never go back. I feel their pain.”

Residents and expatriots are reeling in desperation as Taliban fighters seize control while U.S. troops withdraw, a chaotic ending to the United States’ longest war.

“Afghanistan is my country, but if the Taliban took over that country, it’s not my country anymore,” one of them told NBC 7. “The Taliban is taking young girls out of their houses for themselves, like their property, and beheading the Afghan translators who helped Americans win the war, people who fought side-by-side with American soldiers.”

The couple told NBC 7 that just thinking about the Taliban renders them nearly speechless.

“They are the worst people in the world,” one of them said. “There is no explanation – no words to describe. They are not human beings. They are worse than barbarians — worse than Hitler. You can’t find a name to call them. They should be wiped off the face of the earth – they are like a virus.”

The couple said the Taliban’s actions in the name of Islam have made them question their own religion multiple times.

“It just makes us have second thoughts about the religion that we thought was the best religion,” one them said. “We were raised to love and respect people, and our parents taught us that that was Islam — that was what being Muslim was all about. We hate the Taliban more than you do because now the world hates us too.”

When people ask whether they are Muslim, the couple said, they prepare for a bad reaction if they tell the truth.

The couple said they understand the reasoning behind President Joe Biden’s decision to pull troops out but argue the timing was extremely miscalculated and that more military presence in the region doesn’t just help Afghanistan but benefits the world as well.

“Please find a way to send some troops back and try to control and don’t give up,” one member of the married couple pleaded. “Don’t forget about the Afghan people. They need you now, and not just Americ –, the whole world should be there. This is for humanity. It’s not just for the Afghan people, it’s for all of humanity.”

As they watch the horrific images from their homeland play out around the world, the couple said, it’s hard to have any hope for Afghanistan, but they remind each other to try.

“Never ever give up hope,” one of them said. “Hopefully a miracle will happen. Please pray for the Afghan people. Help them survive, because that’s the only thing we can do.”

Despite the Taliban’s recent statement that the rights of women in Afghanistan will be respected “within the framework of Islamic law,” the couple said young girls born during America’s presence in the country will be the most impacted by the Taliban’s reclamation of power, since they have never lived in an Afghanistan devoid of women’s rights.

The militant group supported punishments in line with their strict interpretation of Sharia law when they controlled Afghanistan between 1996-2001. Women had to wear the burka, for example; the Taliban also disapproved of girls aged 10 and over going to school.