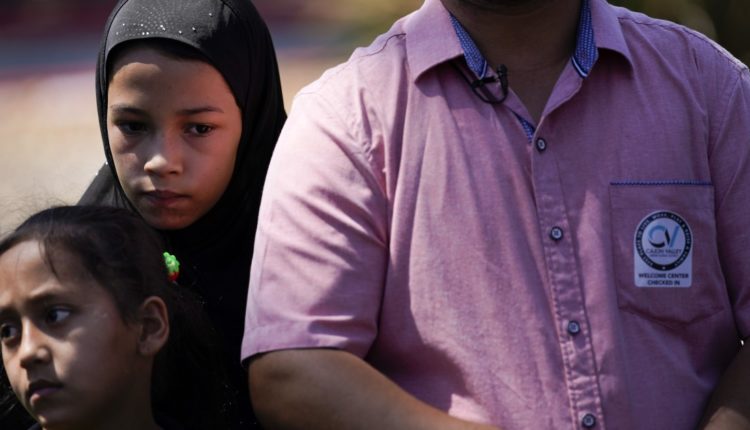 More than 122,000 people were evacuated from Kabul, Afghanistan by over the course of 17 frenetic and violent days following the fall of the city to the Taliban. The airlift, dubbed “Operation Allies Refuge,” culminated in one final midnight flight at 11:59 p.m. on Aug. 30 that included the U.S. ambassador and the commanding general of the 82nd Airborne Division — the last man out of the country after almost 20 years of war.

Along with networks of veterans and service members, San Diego congressional representatives spent much of that time working to get out local residents or their friends and family.

The office of Rep. Mike Levin, D-San Juan Capistrano, fielded more than 100 calls for assistance, according to a spokesperson. Rep. Juan Vargas, D-San Diego, also received a “large volume” of calls from constituents seeking help to evacuate, a spokesperson said in an email. Caseworkers in Vargas’ office processed those requests working closely with the State department and other agencies, the spokesperson said, but declined to specify just how many cases it has worked.

Rep. Darrel Issa, R-Bonsall, helped several East County families who were visiting relatives in the country get home during the airlift. Although his office did not answer questions about how many cases it worked or respond to requests for comment, it was involved in efforts to rescue several families affiliated with the Cajon Valley Union School District.

Thirty-eight people with ties to the district were able to leave Afghanistan, including 19 students, a school district spokesperson said at a news conference Thursday.

Rep. Scott Peters, D-San Diego, told the Union-Tribune in an interview last week his office had been focused on getting people out of the country since the beginning of August, when the Taliban advance began to accelerate.

“We had some successes and some heartbreaks,” he said.

According to Peters’ office, it processed evacuation requests for about 500 people and continues to process more.

“We’re aware of about 100 who have been evacuated to either the U.S. or another country,” said Daniela Contreras, a spokesperson for Peters. At least six families the office assisted are now back in San Diego, she said.

Among those Peters’ office helped escape Afghanistan was former interpreter “Lucky,” and his family. Lucky, a former interpreter, lives in San Diego County but was visiting his mother in an Afghanistan hospital when the Taliban began to gain ground, he previously told the Union-Tribune, asking not to use his full name for security reasons. His family was rescued by a military helicopter and flown from their location in Kabul to the airport during the evacuation, he said.

Also aiding in Lucky’s rescue was the network of volunteers, veterans and civil servants known variously as “Team America” and “Digital Dunkirk.” The exploits of this network have been well documented in the pages of major newspapers and news networks, though not completely without criticism. A newsletter from digital startup Puck News reported that anonymous officials involved with the evacuation found the requests from well-connected people in Washington, D.C., took time and resources away from the official evacuation effort.

Rep. Sara Jacobs, D-San Diego, and her staff were among those in Washington, D.C. trying to “help as many people” as it could, her office said. While Jacobs’ staff did tap into the Digital Dunkirk network for some assistance, the vast majority of those who got out did so through official channels. The congresswoman did, however, elevate some cases, she said, in her capacity as a member of the Armed Services and Foreign Affairs Committees.

“I was able to raise specific cases,” Jacobs said in an interview.

Jacobs acknowledged that well-connected Afghans had a leg up in escaping, but said they also faced a higher probability of Taliban retribution. “Looking at vulnerability and risk, the people most connected to the U.S. had the most risk,” she said.

Jacobs’ office said it worked on behalf of about 400 people in Afghanistan during the airlift. While tracking each case is challenging, at least 20 of them got out, the office said.

While more than 100,000 Afghans did leave during the airlift, thousands of those who were eligible to receive special exit visas were left behind. At the news conference Thursday, Rep. Issa said he would continue to work with Jacobs and others to bring people stranded there to the U.S. — possibly through new legislation. The U.S. government currently expects to admit more than 50,000 people from the airlift.

“If we don’t change some of the rules to expedite people who we should be able to bring here, it takes decades through the ordinary process to do so,” Issa said.