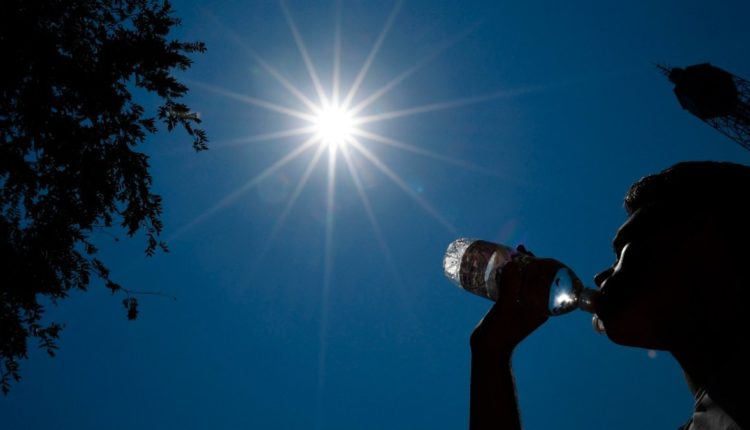 High pressure over California was bringing hot weather to inland areas this Labor Day weekend, while an eddy was expected to spin up and bring a few degrees of cooling to the coast and some valleys Monday, the National Weather Service said.

Meanwhile, a south swell at San Diego County beaches was expected to elevate surf and create dangerous swimming conditions Monday, including a high risk of rip currents, the NWS said.

The heat, combined with very low afternoon minimum humidity of around 10%, could elevate the wildfire danger through Tuesday.

A heat advisory is in effect until 8 p.m. Monday for San Diego County mountains. High temperatures are expected to be around 101 degrees.

Highs were expected to range between 87 and 92 Monday in the western valleys and between 94 and 99 near the foothills.

Cooling was expected to spread farther inland midweek as the high pressure drifts to the north and east, forecasters said.

Monsoonal moisture Thursday and Friday was expected across Southern California, increasing the chance for showers and thunderstorms, the NWS said.