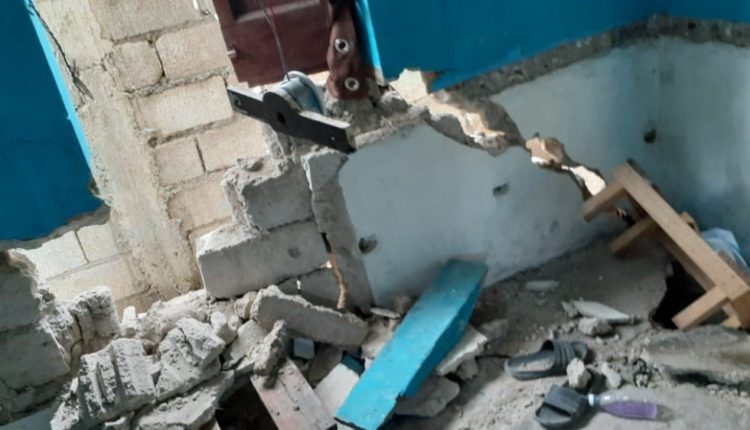 Haitians in San Diego are grappling with how to support their loved ones in need back home following Saturday’s tragic earthquake that has claimed the lives of nearly 2,000 people.

Haitian Methodist Ministry in Normal Heights has about 80 members — some who have lost family to the devastation. But despite that pain, they’re still holding onto hope for the rest of the country.

Around 30,000 families are now homeless in Haiti including the family of Haitian Methodist Ministry Pastor Jean Elise Durandisse.

His family is in Léogâne, about an hour west of the earthquake’s epicenter.

Pastor Durandisse has been using WhatsApp to communicate with his parents, siblings and cousins as they share photos of what’s left behind.

“They are homeless,” Durandisse said. “They’re on the street, especially with the tropical storm happening now and a lot of rain, so it’s really bad there.”

Flooding due to Tropical Storm Grace is now hampering rescue efforts in the region.

“Thank God they’re still alive,” Durandisse said. “It is a miracle and right now they try to get together and support each other in the community.”

But members of the congregation haven’t been so lucky. Durandisse said some members have lost family. Many are immigrants seeking asylum. If they leave the U.S. to try and check on family in Haiti, they cannot come back.

The congregation is now hoping the San Diego community will come together to support their home country.

“We’re all resilient,” Durandisse said. “We’re keeping strong and not hopeless. We still have hope and God’s still in control.”

The congregation held a memorial service Sunday to honor the victims. They will continue to pray together as their home county tries to overcome yet another devastating earthquake.

Pastor Durandisse plans to travel with a delegation to Haiti in a couple of weeks to help support efforts on the ground.

You can find more info on the church’s fundraiser on their Facebook page.