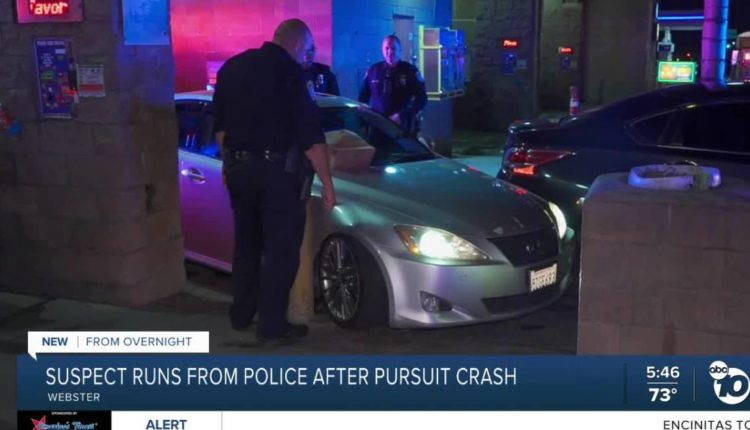 At around 10:30 p.m., SDPD officers spotted a car being driven by a suspect with a felony warrant. When officers tried to pull him over, the driver sped away.

With officers in pursuit, the car made its way into a car wash on Home Avenue before it crashed into a parked vehicle and pole.

The driver got out of the wrecked car and ran away, but officers caught up to him and took him into custody.