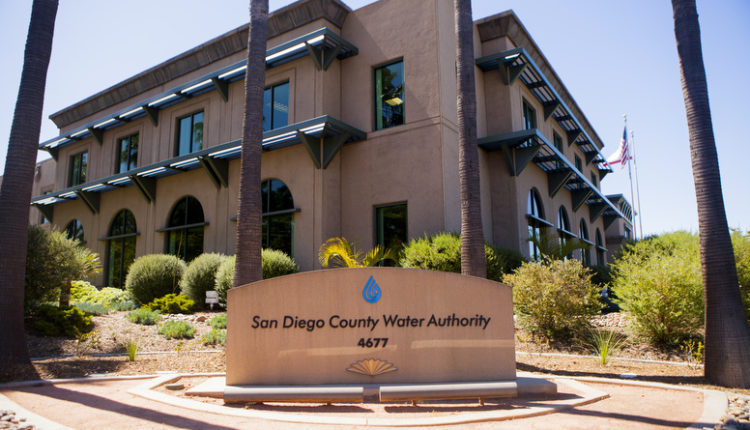 The San Diego Water Authority has doled out $500,000 in contracts to three consultants since 2019, all for work the agency says it can’t disclose, because it could someday become the subject of a lawsuit, keeping the subjects of some of the contracts secret even from its board members.

As Mackenzie Elmer writes in a new story, that’s caused a lot of distrust and finger-pointing on the board, composed of representatives from the 24 independent water agencies throughout the region.

One of those board members alleges that one of the consultants was deployed to lobby Oceanside City Council members to support a proposed $1 billion pipeline project to the Colorado River, even though that board member’s water district publicly opposes the project.

Another board member objected to some of the contracts being approved by a provision that allows the water agency’s general manager to sign contracts under $150,000 without board approval.

The concern boiled over at a board meeting earlier this year, leading another board member – Jerry Butkiewicz – to ask the upset board members to lay off water agency staff. “If you want to be mad at someone, be mad at me,” he said. “Stop picking on our staff.”

Correction: An earlier version of this story misstated how much the Water Authority spent on contracts it did not disclose to the board. The agency spent $167,000 on two consultant contracts since July 2019 without disclosing them to the board. It also won’t say what a third contract that was approved by the board, worth more than $330,000, was for.

Residents, alumni and staff of San Pasqual Academy are suing the state and county for trying to shut down the facility, reports VOSD’s Kayla Jimenez in the latest North County Report.

The group is asking the court to order the Department of Social Services to create a unique licensing and funding category that would allow the facility to remain open past June 2022.

In the lawsuit, the group claims the state’s attempt to shut down the boarding school for foster youth is a violation of equal protection guarantees in the California Constitution, the Foster Youth Bill of Rights and Continuum of Care Reform Act.

A county spokeswoman told the Union-Tribune that officials are exploring options for the campus with a focus on supporting foster youth.

The Morning Report was written by Maya Srikrishnan and Andrew Keatts, and edited by Sara Libby.

4 hurt after car launches off I-15, lands in ditch – fox5sandiego.com