Climate change in the San Diego region: What we can do to reverse its impact – CBS News 8 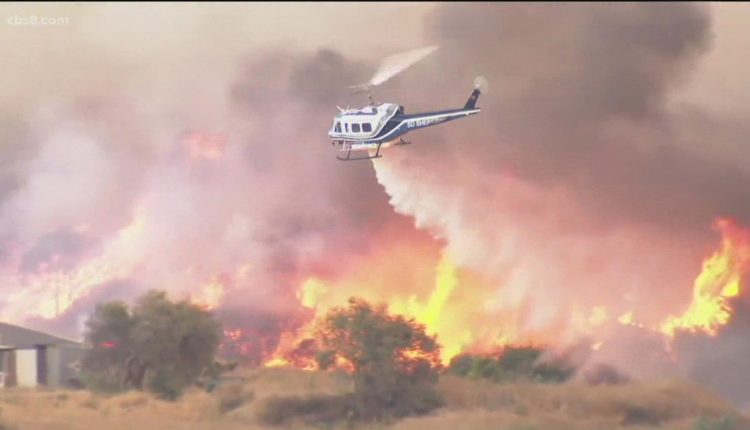 A report just released by the UN says that the global climate is warming and the window to reverse its negative impact is closing quickly.

SAN DIEGO COUNTY, Calif. — Local environmental researchers and advocates are talking about the challenges we will face concerning climate change in the San Diego region. A report just released by the UN says that the global climate is warming and the window to reverse its negative impact is closing quickly.

A program director at USD said she isn’t surprised at all to hear that climate change is happening rapidly. She said now more than ever, is the time for all of us to play a role in tackling the issue right here in San Diego.

USD’s Regional Climate Collaborative says in 2003 and 2007, the San Diego region had two of the largest wildfires in state history to date. The collaborative is a network of agencies that’s been working to create climate change solutions since 2011.

“San Diego County already has the highest variability in rainfall, out of any other county in the contiguous 48 states. So, what that means when we talk about climate change, is that years where we have drought and dry years, they’re going to become dryer and more intense. In the years that we have rainfall, our rainfall events are going to become intense and lead to potential flooding,” said Darbi Berry, Program Director for the USD Regional Climate Collaborative.

For the last 10 years, volunteer-based group San Diego 350 has also been working to educate and mobilize people to lessen the impacts of climate change. One of its founding members said San Diego policymakers have recently stepped up to create a sustainable plan but more needs to be done.

“The ocean is actually rising faster in San Diego than it is in other places. It’s already risen several inches and it could rise, worst-case scenario, as much as 10 feet by the year 2100,” said Masada Disenhouse, Executive Director and founding member of San Diego 350.

Disenhouse said getting people to use public transportation and only using electricity in our homes will have a huge, positive impact on the climate in our region. Both the Collaborative and San Diego 350 say despite the startling realities, there’s still a chance for all of us to contribute to protecting the region.

“Find out what you can do individually to make a difference because you can. I’ve seen that the reason that we have the changes we discussed earlier is because of citizen action all over the world,” Disenhouse said.