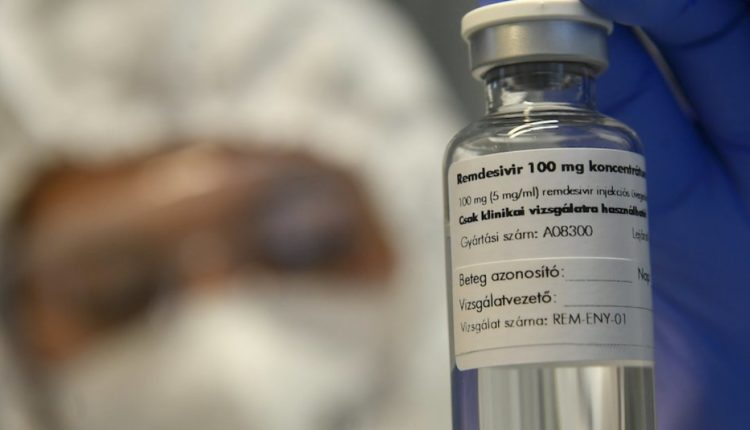 SAN DIEGO (KGTV) — Scientists at UC San Diego think they have come up with a way to improve remdesivir, a drug prescribed to roughly half of the hospitalized COVID-19 patients in the U.S. that remains the only fully approved treatment for the disease.

In a new paper, the researchers described laboratory tests showing modified fragments of remdesivir outperform the original drug. The redesigned compounds can be administered orally and adapted into a pill, long considered the “holy grail” treatment for COVID.

The current form of remdesivir has to be given intravenously. That process restricts the drug’s use to patients with advanced disease and likely limits its benefits, said Dr. Robert T. Schooley, one of the study’s co-authors.

Remdesivir works by blocking machinery the virus needs to copy itself. Previous studies show the drug helps hospitalized patients recover faster, shortening the average hospital stay from 15 days down to 10.

However, there have been mixed results on whether the drug improves survival rates. In November, the World Health Organization issued a recommendation against the drug, citing a lack of evidence it improved mortality rates.

In June, drugmaker Gilead Sciences released data from three retrospective analyses of nearly 100,000 hospitalized patients showing remdesivir lowered the risk of death in patients receiving oxygen. The company noted the findings were not replicated in smaller placebo-controlled trials. The drug is sold under the brand name Veklury.

“By the time you’re in the hospital, most of the damage is from the immune response, not the virus,” explained Schooley. “What we need are oral drugs that you can get before people get into trouble, so that they don’t end up in the hospital.”

A team led by UC San Diego professor Dr. Karl Hostetler designed the updated formula using a technique he’s been honing for more than two decades. They took a fragment of remdesivir and added a lipid — essentially just a tail of butter — to make it easier for the body to absorb.

“We started very early, at the beginning of the pandemic,” Hostetler said. “Our chemists came out of retirement to do this.”

Hostetler used the same technique on a pill to fight smallpox that won full approval from the Food and Drug Administration in June.

The new UCSD study describes three potential formulas to modify remdesivir. In early lab tests, one of the modified compounds was up to eight times more active than the original drug, the authors said.
Cell testing suggests the updated drug could patrol the body for more than 24 hours; remdesivir largely disappears after 69 minutes.

The longer the drug stays active in the body, the longer it can block the virus, Schooley said. Once the drug lets up, the virus can resume replicating.

The new compounds require just one step to break down, compared to four steps with remdesivir, Hostetler said. The simplified process allows the drug to reach a wider range of organs that may be under attack from the virus.

“This one step is in virtually every cell in the body so any place the virus is, this drug can go,” Schooley said. “Remdesivir is a bit more limited.”

The National Institutes of Health has approved funding for the next round of testing on the new drug, but to get it to human trials quickly, the UCSD team will likely need backing from a large drug company.

The obvious choice would be Gilead Sciences, the maker of remdesivir. Although UCSD has applied for patents on the new compounds, some of Gilead’s patents would still apply if the drug advanced to the marketplace.

In a statement, Gilead Sciences declined to comment on UCSD’s study, noting that it was not part of the independent university research.

“The primary unmet need for non-hospitalized patients with COVID-19 is for effective and convenient therapies that can be easily administered at home,” the company said in a statement to ABC 10News. “At Gilead we are exploring novel oral antivirals to address this unmet need and aim to submit investigational new drug applications with the FDA by early next year.”

An investigational new drug application is the paperwork preceding a clinical trial.

Climate change in the San Diego region: What we can do to reverse its impact – CBS News 8