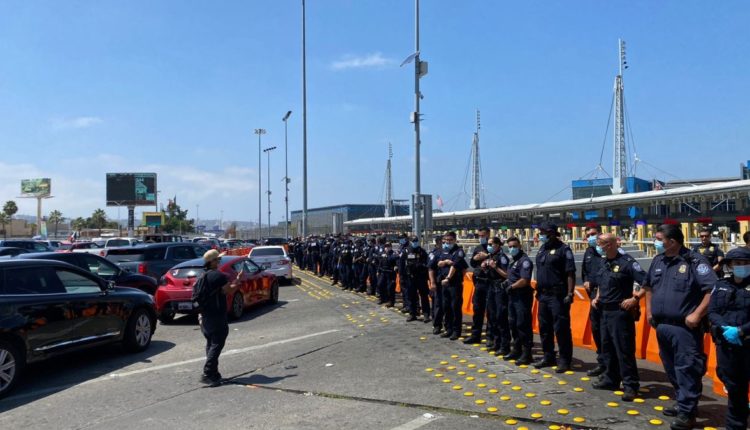 Migrants gathered at the San Ysidro Port of Entry Friday seeking entry into the U.S. after a rumor spread they could be processed, causing major delays for travelers waiting to enter San Diego.

Hundreds of migrants flocked to the U.S.-Mexico border around noon after a rumor saying they could be processed spread through El Chaparral.

“A lot of them [migrants] showed up at the border seeking asylum. One of them got taken away by police and most of them just walked back,” said Belinda Bolaños who was waiting to cross into the U.S.

The border remained closed for about an hour and a half and U.S. traffic into Mexico was not affected.

Meanwhile, travelers and exasperated merchants clashed with migrants who complained of having no places to stay in Mexico.

Bolaños said she crosses the border every day and had to be at work when the border was closed.

“I cross daily. Today, we have been here for six hours. And everyone is just cutting and it’s unfair,” the retail worker told Telemundo 20. ” I was supposed to be at my job at 11 a.m., I am still going to show up because I do not like calling out, but I have to work, I need to get across.”

Around 2 p.m. the crossing resumed at both pedestrian and traffic.

Please refresh this page for updates on this story. Details may change as more information becomes available.