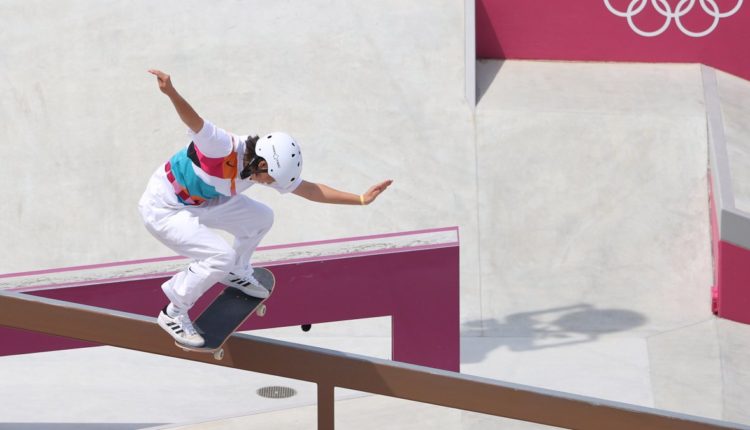 You’ve probably seen some of the skateboarding and surfing events this year at the Tokyo Olympics, both new additions to the games.

Some sports historians say they just add to the continued “Californication” of the Summer Olympics.

It started with swimming nearly 100 years ago, then beach volleyball arrived, and then the return of golf in 2016.

These recent additions to the games may give more meaning to younger generations.

The Tokyo Games are the first in the history of the Olympics to showcase skateboarding and surfing competitions. If you ask parents and kids at skate parks and beaches whether such sports are deserving of a medal, many will tell you: It’s about time.

Seven-year-old Ian Parela is in just the first week of practice but sees himself on the Olympic stage someday.

“It’s great for the kids, and the sport is being recognized,” Ian’s mother Dasha Parela said. “It takes a lot of discipline and a lot of hard work.”

Ian and his mother are watching the skateboard competition together. She said it gives regular kids motivation and hope when they see medal winners as young as 13 years old, as was the case with Japan’s Momiji Nishiya and Brazil’s Rayssa Leal — both of whom are 13 — went 1-2 in the “women’s” street skateboarding event in Tokyo.

While not the birthplace of surfing — that honor goes to Hawaii — in San Diego, you’ll meet kids who got up on their boards before they could legally take a car ride without a safety seat.

“I say it is a sport and it should be in the Olympics,” surfer Jayden Lynds said.

Lynds has participated in a few contests but surfs mostly for fun. He will be watching the Olympics with high expectations.

If it is the Olympic Committee’s desire to draw a younger and more diversified viewership with the addition of skateboard and surf events, then: Mission accomplished.

“Not everybody can afford to put their child in gymnastics or something like that, so something like skating brings it to a lot more families”, parent Kristin Prade said.